PIOMAS is: “Sea Ice Volume is calculated using the Pan-Arctic Ice Ocean Modeling and Assimilation System (PIOMAS, Zhang and Rothrock, 2003) developed at APL/PSC.  Anomalies for each day are calculated relative to the average over the 1979 -2014 period for that day of the year to remove the annual cycle.”

The “death spiral” for March PIOMAS ended in 2011. 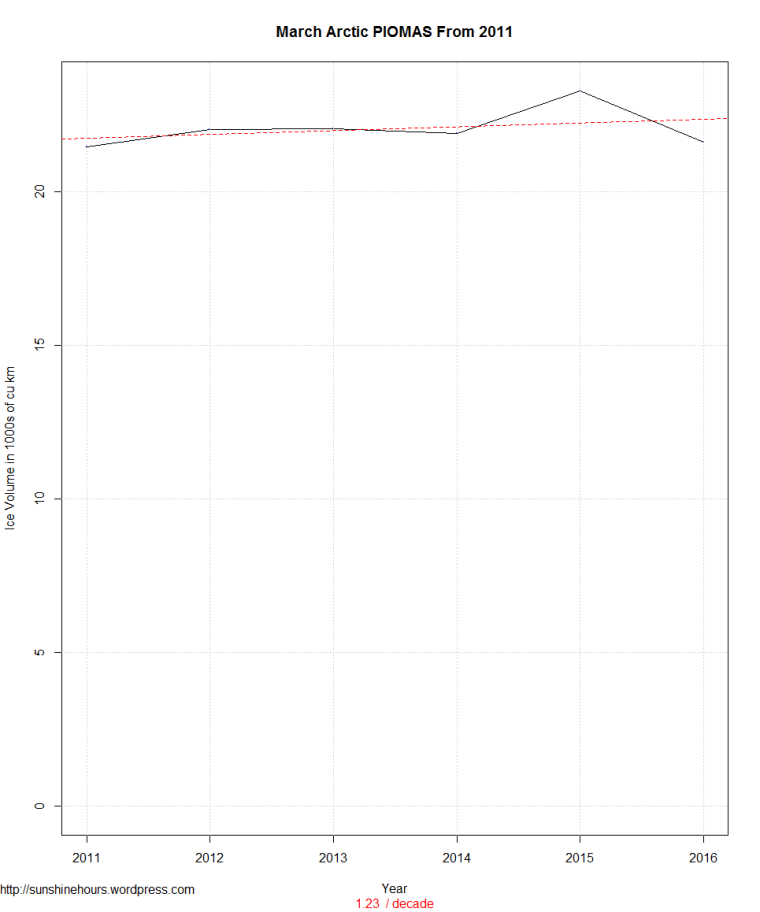