It is often an effective technique, but care is required. Last week, tragedy porn proved to be the undoing of Sir David Attenborough, when a carefully contrived story on Netflix  that global warming was driving walruses over cliff tops unravelled over the course of a week, as a series of flaws were discovered in the narrative and in the tales spun by the production team as they attempted to cover up what they had done. Once it emerged that the production team may well have played a role in causing the tragedy, it all started to look a bit problematic.

The producers gave the audience both barrels. We were treated to commentary from Rebecca Koller, the owner of a bat sanctuary near Cairns, who described how a heatwave in the area had left “dead bats as far as the eye could see”. This, we were told, was “climate change in action”. And in case you missed the point, we were also treated to a description of “the deafening sound of babies crying”, with Ms Koller apparently on the verge of tears. Now the young of bats are correctly referred to as “pups”, of course, but this is tragedy porn, and scientific and technical accuracy therefore goes out of the window. Later on, as if to make the “flying foxes look like babies” point absolutely explicit, viewers were treated to images of a pup that had been swaddled and was being bottle fed. Subtle it was not, but hearts no doubt melted across the country anyway.

Sir David informed viewers that the method bats had evolved to cool off – dipping in pools of water – was “no longer enough”. This seemed rather odd to me; I would have thought they’d just need to take a dip slightly more often.

Read it all here.

Ok … there is the term “Jumping the Shark”

I think this headline is a Jumping The Shark moment. 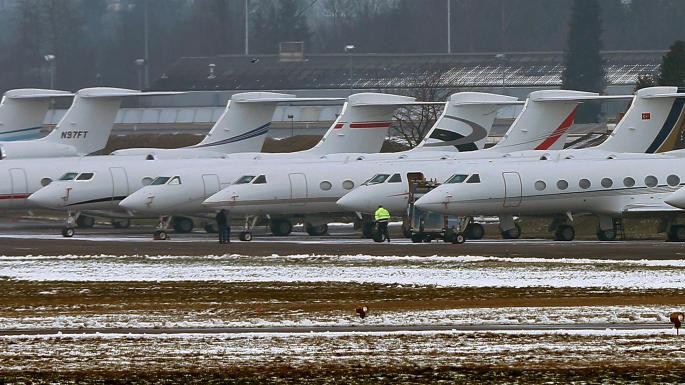 Too Many Polar Bears … or killing 600 a year isn’t keepin the numbers in check … or The Inuit want to sell  more hides.

There are too many polar bears in parts of Nunavut and climate change hasn’t yet affected any of them, says a draft management plan from the territorial government that contradicts much of conventional scientific thinking.

The proposed plan — which is to go to public hearings in Iqaluit on Tuesday — says that growing bear numbers are increasingly jeopardizing public safety and it’s time Inuit knowledge drove management policy.

“Inuit believe there are now so many bears that public safety has become a major concern,” says the document, the result of four years of study and public consultation.

“Public safety concerns, combined with the effects of polar bears on other species, suggest that in many Nunavut communities, the polar bear may have exceeded the co-existence threshold.”

The plan leans heavily on Inuit knowledge, which yields population estimates higher than those suggested by western science for almost all of the 13 included bear populations.

This paper is a pdf.

Biofules, biomass , wood pellets et al are a disaster if you believe more CO2 will cause Global Warming.

In sum, although bioenergy from wood can lower long-run CO2 concentrations compared to
fossil fuels, its first impact is an increase in CO2, worsening global warming over the critical
period through 2100 even if the wood offsets coal, the most carbon-intensive fossil fuel.
Declaring that biofuels are carbon neutral as the EU and others have done, erroneously
assumes forest regrowth quickly and fully offsets the emissions from biofuel production and
combustion. The neutrality assumption is not valid because it ignores the transient, but
decades to centuries long, increase in CO2 caused by biofuels.

These graphs are NH only.