As the days get warmer, the snowcaps in the High Country are about to shrink. An epic spring runoff is in the works after one of the best winters in recent years, and local water and emergency officials are preparing Summit County for the deluge.

Snowpack across the state is 654% of normal, according to the latest snow survey from the National Resources Conservation Service. That is 51 times larger than the state’s average snowpack at this time last year, with flooding a much bigger concern at this point than wildfire. The state of Colorado is drought-free for the first time in 20 years, according to the U.S. Drought Monitor.

“The drought in Central Europe has shrunk the rivers & exposed “hunger stones”, where people of the past recorded droughts & the famines they caused. One of the stones recently uncovered in the Elbe is carved with the words, “If you see me, weep.” ” h/t @PaulMMCooper

It’s been worse … a lot worse.

The scientists found that the 21st century droughts were indeed extreme, but not as long-lasting or as massive as the worst of the historic ones.

People visit a famous “hunger stone” exposed by the low level of water in the Elbe river in Decin, Czech Republic, on Thursday. 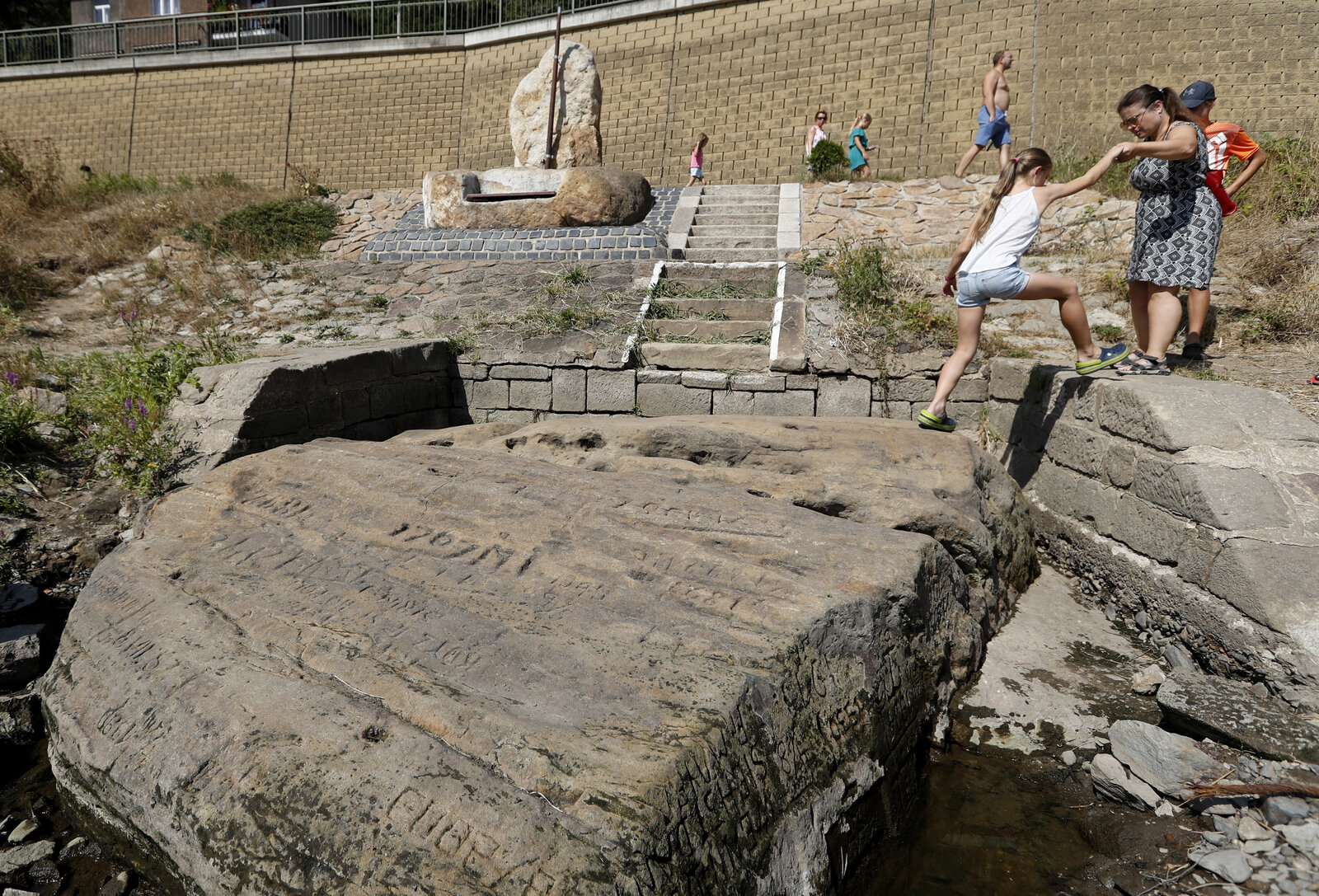 So much for tree rings as a temperature proxy.

Our analyses of a new methodologically standardized tree-ring dataset covering Canada’s boreal forest provide insights into the growth responses of this ecosystem to climate change. Although revealing no overarching “growth enhancement” or “growth decline” in recent years, results do point to significant regional- and species-related trends in growth. The observed link between climate variation and growth variability revealed unique evidence of an intensification of the impacts of hydroclimatic variability on growth late in the 20th century, in parallel with the rapid rise of summer temperature.

Tree rings are magical. Not only can you reconstruct temperatures from the past, but you can reconstruct droughts (rainfall).

Whenever I see the word “novel approach” I worry we are in for BS.

However, since the authors of this paper are saying things were worse in the past than present I like to pretend I believe them.

They also sort of say that more dendrohydrologists are needed. Surprise.

We present a novel approach for optimizing tree-ring based reconstructions in small watersheds in temperate environments, combining winter snow depth and summer drought sensitive proxies as model predictors. The reconstruction model, estimated by regression of observed flows on Tsuga mertensiana ring-width variables and a tree-ring derived paleorecord of the Palmer Drought Severity Index, explains 64% of the regionalized streamflow variance.

The model is particularly accurate at estimating lowest flow events, and provides the strongest annually resolved paleohydrological record in British Columbia. The extended record suggests that since 1658 sixteen natural droughts have occurred that were more extreme than any within the instrumental period. Flow-duration curves show more severe worst-case scenario droughts and a higher probability of those droughts in the long-term reconstruction than in the hydrometric data.

Such curves also highlight the value of dendrohydrology for probabilistic drought assessment. Our results suggest current water management strategies based on worst-case scenarios from historical gauge data likely underestimate the potential magnitudes of natural droughts. If the low-flow magnitudes anticipated under climate change co-occur with lowest possible natural flows, streamflow drought severities in small watersheds in south coastal British Columbia could exceed any of those experienced in the past ∼350 years.

What a shocker. The climate cycles keep going up and down and so-called global warming” doesn’t change it

Predictions that a warmer ­climate will lead to more rain for some but longer droughts for others might be wrong, according to a study of 12 centuries worth of data.

The study, published today in science journal Nature, found there was no difference between 20th-century rainfall patterns and those in the pre-­industrial era. The findings are at odds with earlier studies suggesting climate­ change causes dry areas to become drier and wet areas to become wetter.

Fredrik Ljungqvist and colleagues at Stockholm University analysed previously published records of rain, drought, tree rings, marine sediment and ice cores, each spanning at least the past millennium across the northern hemisphere.

They found that the ninth to 11th and the 20th centuries were comparatively wet and the 12th to 19th centuries were drier, a finding that generally accords with earlier model simulations covering the years 850 to 2005.

However, their reconstruction “does not support the tendency in simulations of the 20th century for wet regions to get wetter and dry regions to get drier in a warmer climate”.

“Our reconstruction reveals that prominent seesaw patterns of alternating moisture regimes observed in instrumental data across the Mediterranean, western USA and China have operated consistently over the past 12 centuries,” the paper says.

Michael Reagan states the obvious:
In response to the shortage of water, the California Water Resources Board wants to institute a punitive fine of $500/day for people it calls “water hogs.”
But I think Thomas Del Beccaro, writing in Forbes, has a better idea: Let’s fine the board for failing to do its job over the last 40 years.
He explains, “California is the most populated state in the Union, with more than 38 million people. Its population was just under 20 million in 1970, when the bulk of its current water storage and delivery systems were already built. In other words, the California governments have done very little to significantly increase water supplies in over 40 years, even though its population has doubled during that period of time.”
Instead of realizing that “water” was its middle name, the board has been made captive by enviro-Nazis who think people in general are the enemy. Rather than build dams and reservoirs to keep up with a growing population, state government has preferred to depend on the kindness of clouds to provide water for taxpayers.
Then the clouds stopped being kind.
Felicia Marcus, chairman of the water board, exemplifies the arrogant, buck-passing mentality of its members: “I like to say, having a browning lawn and a dirty car is a badge of honor.”
No Felicia, the dead grass and filthy car are the result of a do-nothing board that should be thrown out on its ear.

Because of the floods, they are arguing about the amount of rainfall due to “climate change” over in the UK. Looking at the data from the UK Met for winter rainfall, it appears rainfall goes up and down.

I wonder if the usual AGW alarmist media blamed climate change for the dry period 2009 to 2011? Do I have to ask? Of course they did!

Guardian 17 November 2011: As well as the recent dry weather, water companies and environment regulators are expecting the UK to have more frequent dry winters as a result of climate change.

The graph below is Dec/Jan/Feb anomalies from the 1981-2010 mean. Click for a bigger version.

The drought in California is making the news. I’m sure it will be blamed on “Global Warming.

I came across an article by Roger Pielke Sr. from 2012 that reminds us that when the PDO is cool (which it is) and the AMO is warm (which it is) drought in California is going to happen.