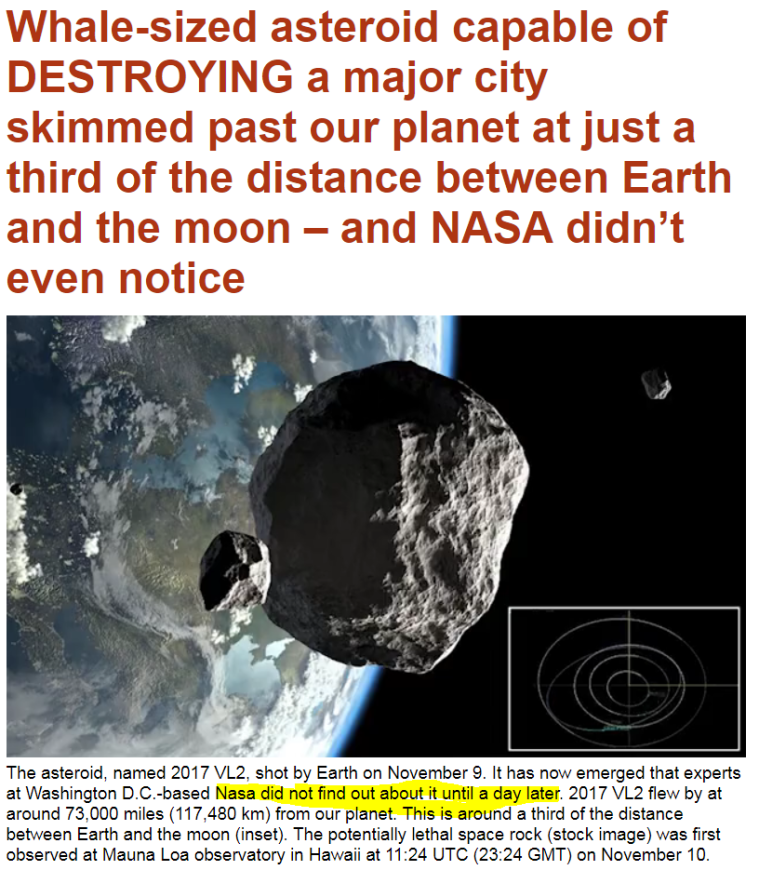 Maybe NASA might have given more than 6 hours warning if it wasn’t squandering billions a year on the AGW cult.

“A 10-foot asteroid whizzed past Earth yesterday at a distance 20 times closer than the moon – and astronomers spotted it just six hours before its closest approach.

Scientists at the NASA-funded Catalina Sky Survey in Arizona detected asteroid 2017 EA just six hours before its closest approach, according to the space agency’s Center for Near Earth Object Studies. 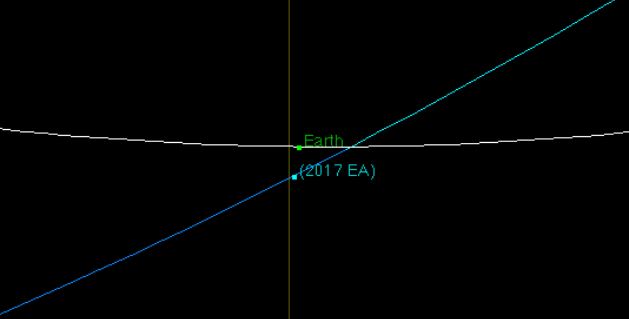 I was quite sure NASA knew exactly what was going to happen. Don’t they model the climate? Don’t they use those models to ask for big grants. Now they are saying that literally anything could happen. Then what use are they?

‘If past events help predict future ones, then we have probably reached the peak of the 2015–2016 El Niño,’ the space agency said.

‘Warmer-than-average waters in the eastern tropical Pacific Ocean should start to cool off and shift westward.

‘By summer, the tropical Pacific might be back in a neutral state or La Niña cooling could kick in, as it did after major El Niños of the past.

The LA Times and other left-wing rags are bending over backwards to try and save the AGW cult from total humiliation. With AR5 coming and newspapers coming out with stories about the “pause” that the lefty papers ignored for 15 years, they are panicking.

“Bill Patzert of NASA’s Jet Propulsion Laboratory in La Cañada Flintridge, say sea level rise is “unequivocal proof” that greenhouse gases are continuing to heat the planet, and that much of this added heat is being absorbed by the oceans.”

“But there’s been no slowdown whatsoever in sea level rise, so global warming is alive and well.”

Poor old Bill seems to be dumber than a post because he conveniently “forgets” about 2010 and 2011.

Lets go back a whole month! Another left-wing rag (the Guardian) tries to explain why sea level dropped in 2010/2011.

“Rain – in effect, evaporated ocean – fell in such colossal quantities during the Australian floods in 2010 and 2011 that the world’s sea levels actually dropped by as much as 7mm.”

Poor old Bill seems to have forgotten that sea level dropped for 2 years.

And the real joke is that if too much rain over Australia caused sea level to fall despite the massive increase in anthropogenic CO2, why couldn’t too little rain in Australia have caused a sea level rise?

Instead of doing science, the AGW Cult specializes in making up stupid excuses why their predictions are not coming true!

It’s too bad NASA and JPL have now beclowned themselves again trying to support a dying cult.

NASA is telling lies about the southeast USA. They claim that sulphates were causing the Southeast to stay cooler and masking AGW. For some reason they use the term “warming hole”.

Read about it here.

How do they explain that it was warmer in the southeast in the 20s and 30s than now?

Here is the big lie that jumped out at me.

“As a response to the declining sulfate levels, Leibensperger’s modeling shows temperatures over the central and eastern United States have increased by 0.3°Celsius between 1980 and 2010.” 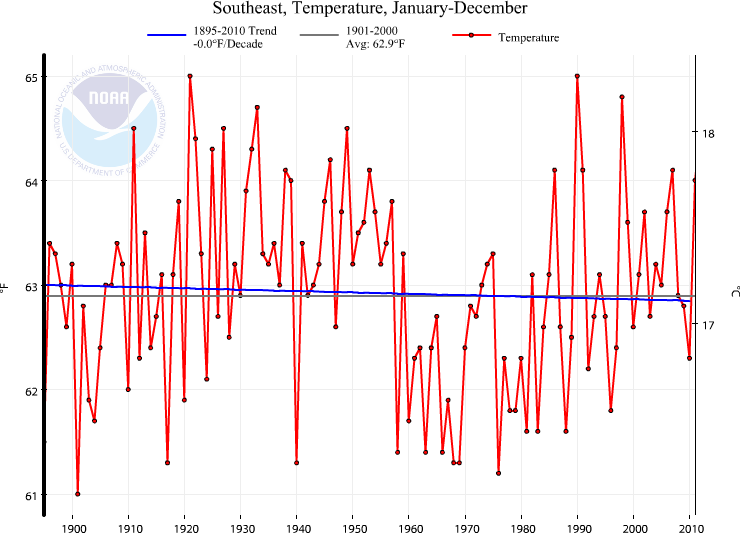 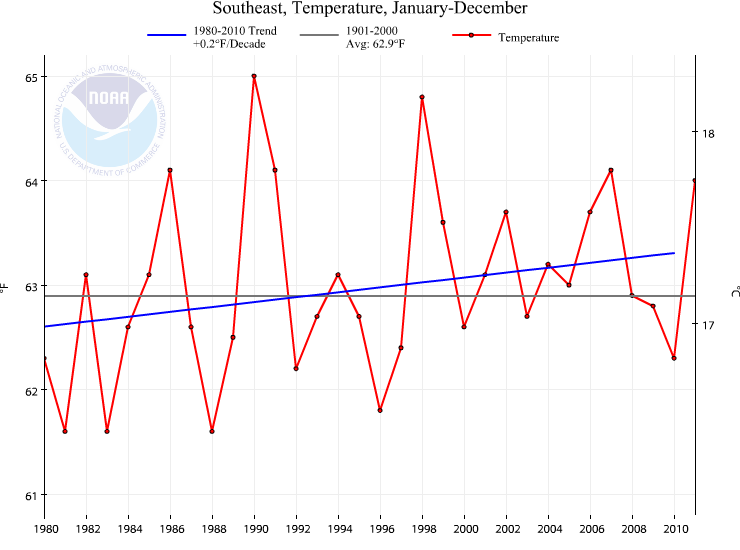 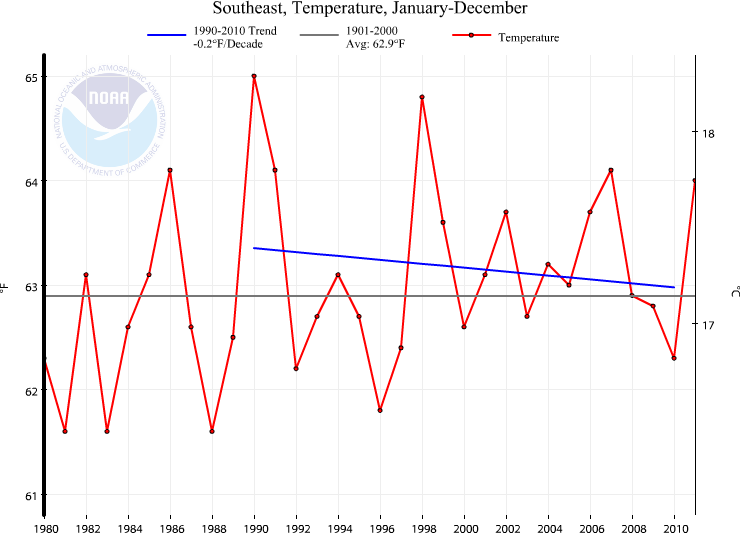 Fire Every NASA Employee Working On Global Warming Now. Take their salaries and their whole budget and:

Spend the money on asteroid detection and deflection.

“Charles Bolden, the chief of the Nasa, has warned that the US space agency’s best advice on how to handle a large asteroid heading towards New York City is “pray“.

Mr Bolden told US lawmakers that prayer was all that the US or anyone could currently do about unknown asteroids and meteors that may be on a collision course with Earth.”

Read it and weep.

Of course NASA will still screw it up.