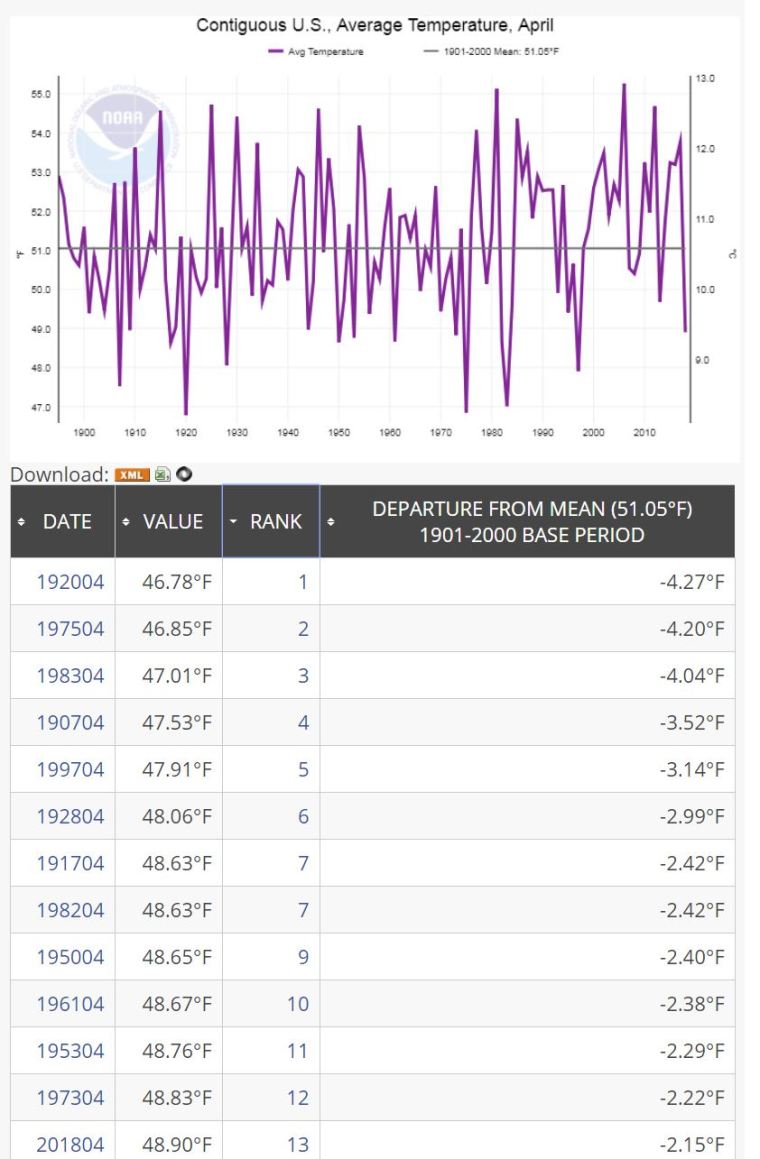 April was cold in the USA

3F colder than the 30 year average

UPDATE: The original version of this post had the y axis going from -1 to 1.  I’ll leave those graphs at the bottom.

The new graphs have -3 to 3. Notice how much the NoPol Ocean temperatures fluctuate compared to the other 3 regions.

The NOAA ranked October 2015 precipitation in California as 45 out of 121 with 121 being wettest.

That means 44 Octobers were drier. Up and down — dry and then wet. That is normal. Its not climate change.

NOAA says it was the 15th hottest October maximum temperature since 1895 in the USA.

These are the NOAA rankings by state for maximum temperatures for July 2015.

Nevada was ranked 7th. That means only 6 July’s in Nevada were colder.

All those blue and white states had a pretty cold July. 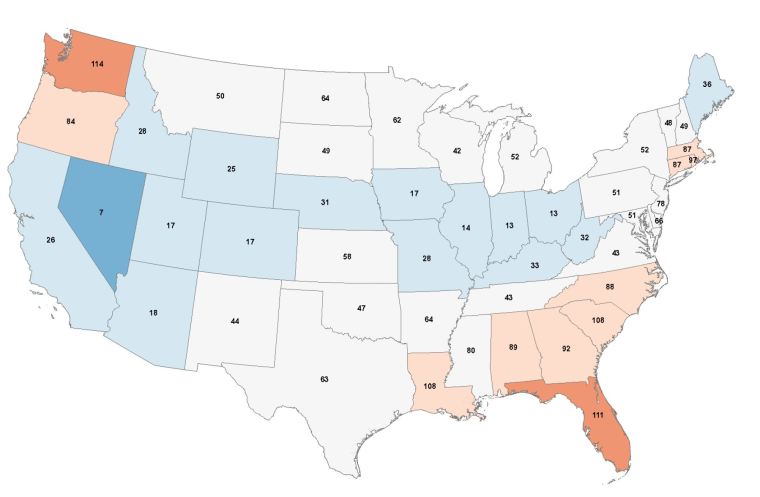 UAH for April 2015 is out. “NOTE: This is the first monthly update with our new Version 6.0 dataset.”

The Hockey Schtick blog brought a recent paper to my attention.

“A recent observation in NOAA’s National Climatic Data Center’s monthly assessment of the state of the climate was that contiguous US average monthly temperatures were in the top third of monthly ranked historical temperatures for thirteen straight months from June 2011 — June 2012. The chance of such a streak occurring randomly was quoted as (1/3)13, or about one in 1.6 million.”

I’m not going to discuss the “chances”. But I am going to simply note the following.

Using the same 12 month June to June time frame and using data from October 2012 ( before NOAA’s recent update) it took me about 10 minutes to find out a similar streak.

What are the odds of that occurring 80 years apart!