I know I post a lot of these stories about burning wood instead of coal. I do it because it is one of the greatest hypocrisies in the fight against climate catastrophe.

It’s the rave in Europe: Instead of burning coal and fossil fuels to generate heat and electricity, wood chips and pellets are being fed into Europe’s boilers. In what critics consider a dangerous sleight-of-hand and act of political greenwashing, an updated set of European Union rules encourage the burning of wood in power plants and claim it’s “carbon neutral” — meaning it won’t add to the planet’s warming — under the assumption that trees grow back.

This strategy plays a big part in the EU’s plans to reduce greenhouse gas emissions. The rules allow European governments to subsidize power plants to convert from burning coal and fossil fuels to burning wood. Across Europe, governments are under pressure to close coal-fired plants.

So-called “biomass energy” is also becoming more popular in Japan and Korea, and some in the United States are pushing for greater reliance on wood-burning.

But many scientists and environmentalists say this is backward thinking that will accelerate the disastrous felling of forests and loss of biodiversity.

Power plants in Europe are increasing the burning of wood pellets from the United States, Canada and Eastern Europe. Environmentalists warn that old forests in those places are being chopped up and left to regrow, or in some cases replaced by forest plantations.

But it’s not only the loss of old forests that worries scientists. Studies have shown that wood-burning power plants emit more carbon dioxide per megawatt hour of electricity produced than plants burning fossil fuels.

Even taking forest regrowth into account, scientists warn that over decades and centuries burning wood adds more greenhouse gases to the atmosphere than producing energy the old-fashioned way by burning coal and fossil fuels does.

Finland faces having to import biomass because, despite being Europe’s most densely forested country, it will be unable to meet an expected 70% rise in demand for the fuel after it phases out coal.

Finland approved in February banning the use of coal in energy production by May 2029, which means utilities will have to find alternatives to keep Finns warm as coal currently accounts for around 20% of the energy used for household heating.

As there are limited plans to use more gas to produce heat in Finland, and other sources such as solar and geothermal energy are not yet commercially viable, using more biomass is seen as the most economical way of meeting the country’s future energy needs.

Estimates shown to Reuters by Poyry consultancy – which advises the government on energy, industry and infrastructure needs – calculate that Finland will need 64 terawatt hours (TWh) worth of biomass in 2030 just for energy production, up from 38 TWh currently.

Domestic supply of biomass, on the other hand, is forecast to grow by only 8 TWh between now and 2030, according to Poyry.

As a result, Poyry says the country will have to import biomass as well as improve forest management and ensure greater utilization of harvest residues.

Finland’s largest energy lobby group Energia also projects large increases in the use of biomass in the coming years.

“It’s slightly awkward that Finland would run an energy policy that we will make us a net importer of biomass. We are a forest country,” said its head Jukka Leskela.

Forests cover three-quarters of Finland’s land, but the country’s limited tree harvest quota is mostly reserved for the pulp industry and the government would be unable to add much more supply for energy use.

“The pressure is to limit the use of (domestic) wood… Ιt is normally used in the regions where there is a lot of wood and fewer people but now we are talking about towns with very little forest and many people. It is evident that we need imports,” said Riku Huttunen, head of Finland’s energy department, which is part of the ministry of economic affairs and employment.

The logistics of moving biomass from northern Finland was also a limitation, he said, as shipping from neighboring countries was cheaper for utilities.

Such imports could come from other countries around the Baltic coast, including Russia, from where Finland is already sourcing some of its biomass, said Leskela of Energia.

That is despite pressure from the European Union on its member states to reduce their energy reliance on Russia.

Energia’s estimates show biomass will account for nearly 60 percent of the fuel mix in Finland’s combined heat and power (CHP) plants in 2030, up from less than 30 percent currently.

China, known as the world’s biggest polluter, has been taking dramatic steps to clean up and fight climate change.

So why is it also building hundreds of coal-fired power plants in other countries?

Money. And so it can keep conning the suckers.

China’s overseas ventures include hundreds of electric power plants that burn coal, which is a significant emitter of the carbon scientifically linked to climate change. Edward Cunningham, a specialist on China and its energy markets at Harvard University, tells NPR that China is building or planning more than 300 coal plants in places as widely spread as Turkey, Vietnam, Indonesia, Bangladesh, Egypt and the Philippines.

For many years, four huge electric power plants burned coal within the capital city, Beijing, contributing to the city’s choking smog. But within the past four years, all four stopped burning coal.

A visit by NPR on Saturday to one of the plants, the Huaneng Beijing thermal power station, showed that it now burns natural gas

Probably NG from coal gasification which has produces a lot more CO2 for the whole process.

Assertion: “Plants in the Arctic are growing taller because of climate change, according to new research from a global scientific collaboration led by the University of Edinburgh.” 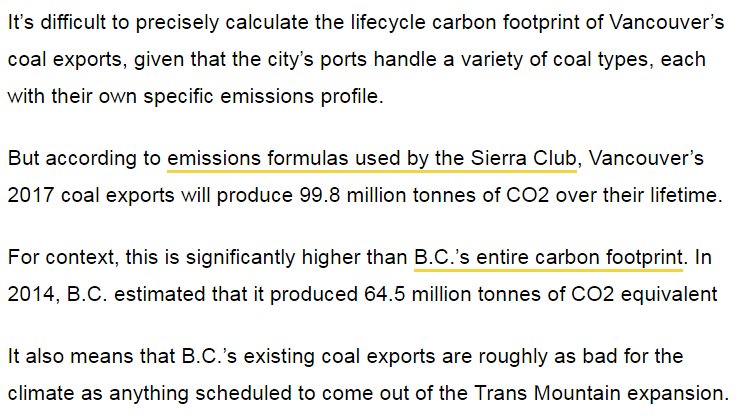 I don’t believe we are in a climate crisis. I think more CO2 is good for greening the planet.

I think 1C or 2C of warming over the next century would be great (even though I probably won’t be around to enjoy the warmth).

But I hate the hypocrisy of replacing coal with wood in power plants and then claiming it is renewable and green.

Now … even Leonardo di Caprio (his foundation anyway) agrees with me (sort of).

“Burning trees in power plants is a vision from Mordor, not one of clean energy, but electricity generation from wood and other biomass is growing around the world, spurred on by billions in renewable energy subsidies.

Policymakers subsidize bioenergy based in part on the myth that biomass energy has low or zero carbon emissions – even though in reality, wood-burning power plants emit more CO2 than coal plants per unit energy. The treatment of bioenergy as “carbon neutral” extends to carbon trading schemes, providing an incentive for coal plants to convert to burning wood. “

“Bioenergy advocates often claim that CO2 pollution from wood-burning power plants doesn’t harm the climate, because biomass is sourced from “forestry residues” (tree tops and branches left over after the tree trunk is taken away for sawtimber or pulp). Since these residues would decompose and emit CO2 anyway, they argue, burning them for energy does not increase CO2 in the atmosphere.

There are two big problems with this argument. First, new wood-burning power plants being built in the EU, UK, and even Asia burn wood pellets that are largely made from whole trees, not residues. Tens of thousands of acres of forest in the U.S. and Canada, including bottomland hardwood forests that represent some of the most carbon-rich ecosystems in North America, are being cut for pellet manufacture, replacing the forest’s natural climate and carbon control infrastructure with mud flats.

Second, even when biomass is derived from forestry residues, it still has a carbon impact, because burning wood emits CO2 quickly, and letting it decompose emits CO2 slowly.  “

The EU is behind the biomass scam where coal is replaced with wood and wood produces more CO2 than coal.

The EU was also behind the diesel scam which has made the air filthier.

“The British government pushed to weaken EU controls on biomass energy in December, even though the technology will undermine efforts to contain global warming for up to half a century, according to research released today.

Despite its imminent Brexit, the UK successfully rewrote a proposal to almost quadruple the potential size of wood burning plants before they had to meet efficiency criteria, according to documents obtained by Unearthed, and shared exclusively with Climate Home News.

The win for Whitehall’s lobby offensive – in alliance with Poland and Spain – was pushed through in a ministerial revision to the renewable energy directive in December.

Shortly before it was approved, a group of high profile climate scientists warned the directive’s biomass articles were “a critical flaw” in the proposal, and would accelerate climate change.

This was because the proposal tolerated the cutting down and burning of whole trees, a process that releases more CO2 into the atmosphere than replanted trees can absorb for decades, if not centuries.”

“Because burned pellets emit carbon at a faster speed than decomposing forest material, the paper finds that burning them creates more net emissions – when measured against their “alternative fate” as decomposing twigs and branches.

Mary Booth, the report’s author and director of the Partnership for Policy Integrity, a campaign group opposed to biomass, told CHN that counting biomass smokestack emissions – which tend to be greater than coal per megawatt-hour – was a more representative way of tallying net emissions than current assumptions of carbon neutrality.

“Scenarios that hold down greenhouse gas emissions to avoiding dangerous temperature rise require CO2 emissions to peak in the next ten to twenty years,” she said. “However, this analysis shows that wood-burning power plants burning green chips and wood pellets will inject a lot of extra CO2 into the atmosphere just in [that] period when it is most urgent to reduce emissions.”

The paper finds that cumulative net emissions from residue pellet-burning will also increase over a 40–50 year period, though less steeply.” 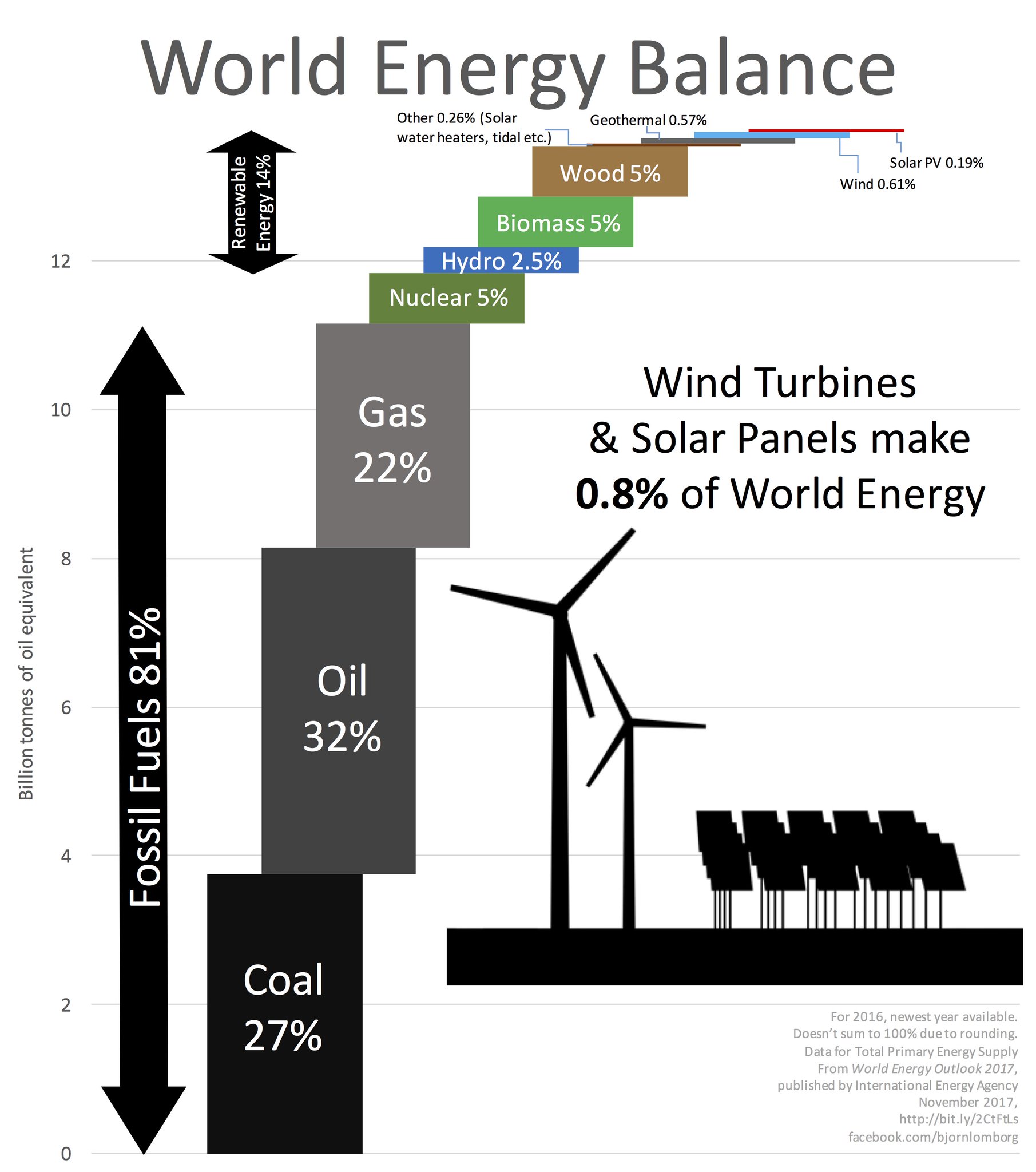