Howerever the funny part is where the Guardian tries to claim that “climate change” is going too melt the ice and expose radioactive materials when in fact the ice cover has gone from 8m in 1959 to 27m in 2016.

I don’t see any melting!

The US army engineering corps excavated Camp Century in 1959 around 200km (124 miles) from the coast of Greenland, which was then a county of Denmark.

Powered, remarkably, by the world’s first mobile nuclear generator and known as “the city under the ice”, the camp’s three-kilometre network of tunnels, eight metres beneath the ice, housed laboratories, a shop, a hospital, a cinema, a chapel and accommodation for as many as 200 soldiers. 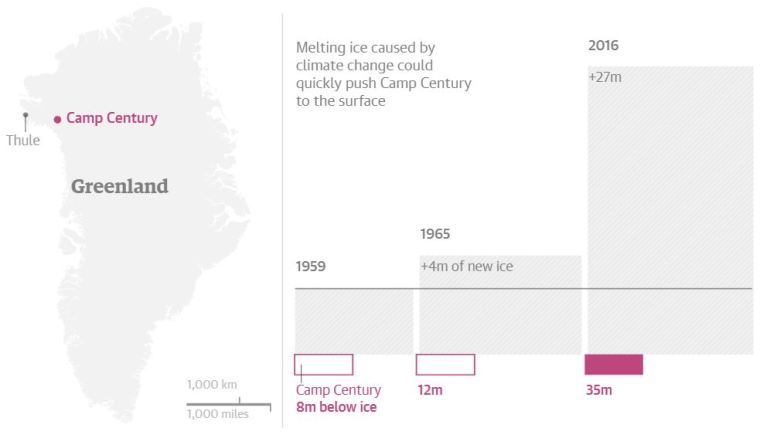