Plane contrails do cause global warming.

“You may think of contrails as tiny lines against a vast sky, but in certain conditions, they can be a lot more. They can stretch tens of miles. Wind can spread them out. They can linger for hours. So as plane after plane runs the same route through the air, new and old contrails mingle and accumulate, forming airborne mosh pits of ice cloud. Scientists call these “contrail cirrus”—high-altitude clouds that can spread over hundreds of square miles. And they’re likely to become more of a problem: One study found that as air traffic increases, the heat-trapping effect of contrail cirrus in 2050 could be three times greater than it was in 2006. Clouds trap heat coming off the earth that would otherwise head for space, making them the biggest variable in the planet’s temperature and climate, according to NASA “

I see them all the time (mostly in the summer) . Contrails that widen. 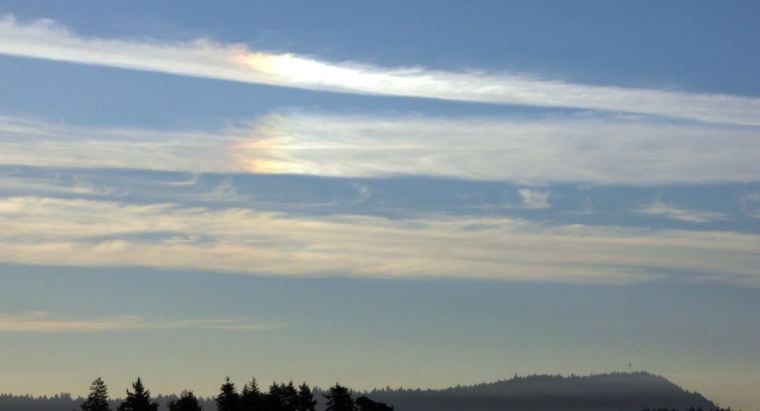