A volcano wall collapse was recently captured on Kīlauea volcano, one of the most active volcanoes in the world. The collapse occurred on February 10th, at 8:21 a.m. local time when a chunk of the volcano collapsed, part of an ongoing collapse of the pit crater.

The source of this constant lava flow is a massive lava tube running from the volcano to the Pacific Ocean, which lasted 15 months, an incredibly long period of time for a lava tube.

The USGS estimated that 1-2 cubic meters of lava flowed into the ocean per second, totaling up to 1.5 billion gallons of lava during the lava tube’s year-plus long lifespan.

The following picture is from Jan 2017 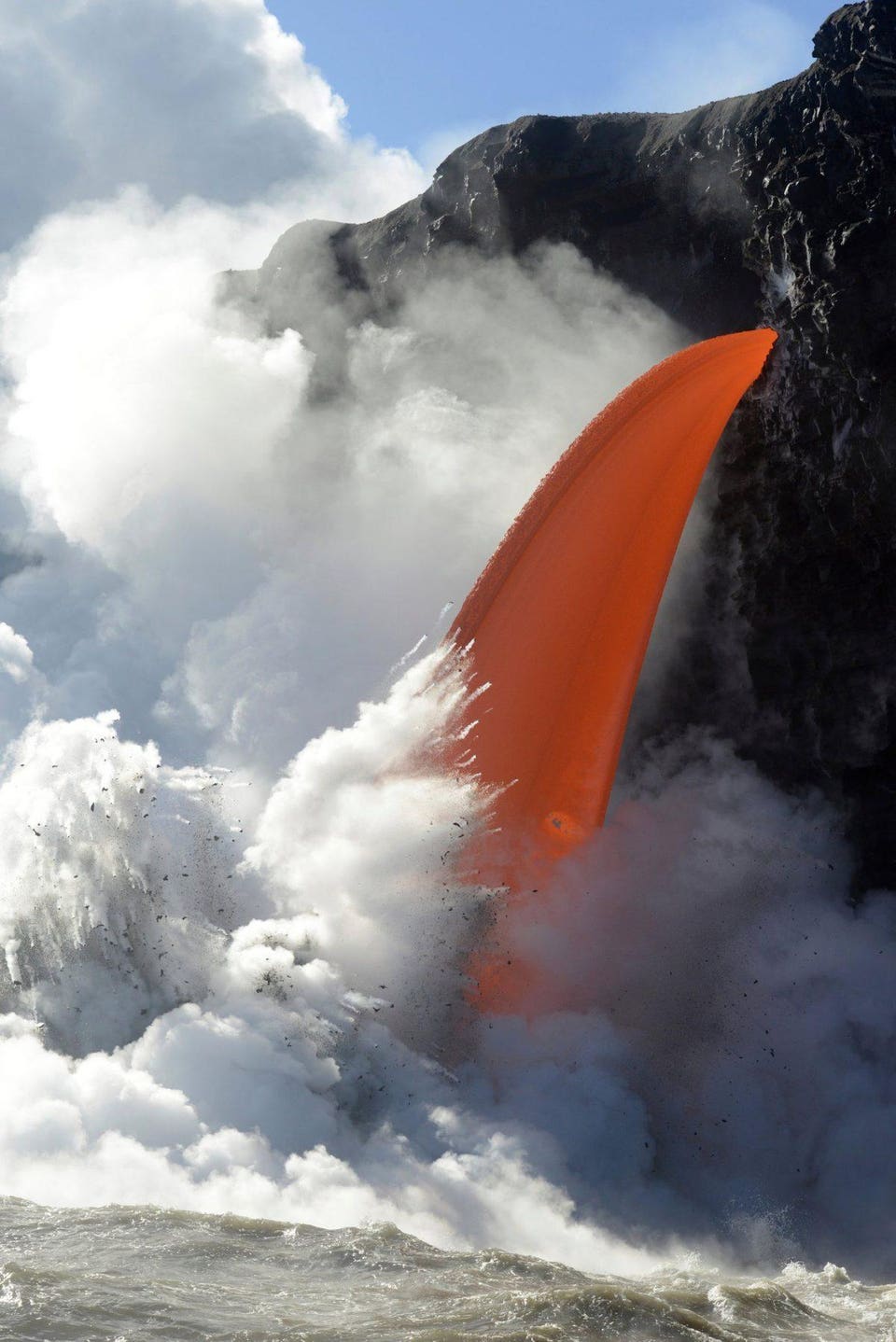 “Ships sailing in the Caribbean have been told to steer clear of an underwater volcano after it started showing increased seismic activity.

The government of Grenada has imposed a 5km exclusion zone around Kick ’em Jenny after the alert was raised to orange, which means an eruption could take place within 24 hours.” 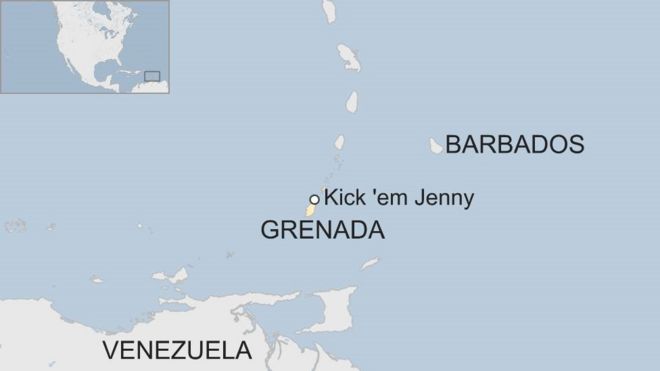 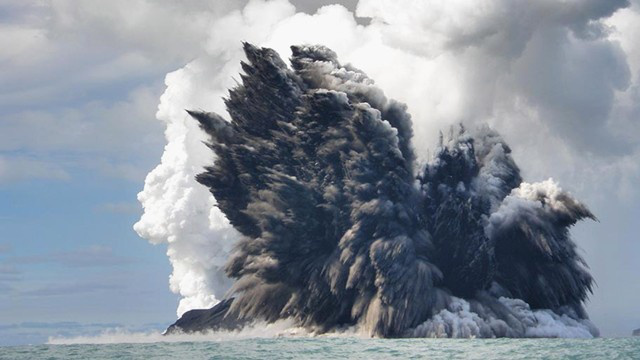 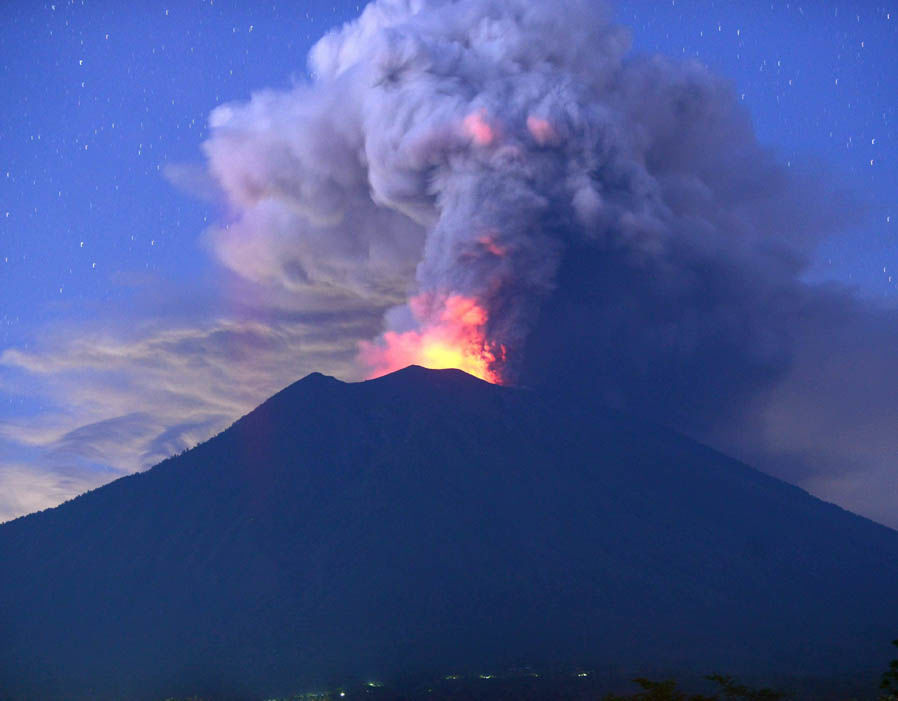 “Erebus volcano eruptions are of the Strombolian type, which volcanic ejecta and gases are known to reach heights of 1–2 km above the volcano summit and, therefore, cannot directly reach the stratosphere (Boichu et al., 2010, 2011; Dibble et al., 2008). However, according to aircraft observations in 1989 at a height of 8 km over Antarctica, the detected aerosol particles were identified as volcanic ejecta of Erebus (Chuan, 1994). Together with HCl and H2SO4 high concentrations in the Antarctic stratosphere, it is indicative of delivery mechanisms of Erebus volcanic gases into the Antarctic stratosphere.

Erebus volcano gas emissions can ascend to the Antarctic stratosphere via high-latitude cyclones which are coupled to the stratospheric polar vortex in cold seasons.”

“Thus, for more than 40 years, Erebus volcano, which activity restarted in 1972, has been a natural source of chemical species destroying the Antarctic ozone. The extremely high Erebus volcanic activity in the early 1980s definitely made a major contribution to the increase of the ozone hole along with man-made chlorofluorocarbons. Regular observations of Erebus volcano gas emissions can help to predict the total ozone content dynamics and, therefore, the ozone hole area.”