“Australian academics say they are being forced to exaggerate or embellish the potential impacts of their research when trying to secure limited funding for projects.

But the head of the Australian Research Council has rejected the claim scientists have to lie to get a project funded, saying there is a difference between speculating and lying.

The revelations are included in a study of a relatively new system where academics forecast the impact of their research when applying for funding.

The study is based on 50 interviews of unnamed academics in Australia and Britain.

The 25 Australian academics said it was difficult to give an accurate answer when a grant application asked them to predict the impact of their project.

“It’s virtually impossible to write one of these grants and be fully frank and honest in what it is you’re writing about,” one unnamed academic said.

“I don’t know what you’re supposed to say. Something like, ‘I’m Columbus, I’m going to discover the West Indies’,” a second unnamed academic said.

The proposals are reviewed by experts who do have a really good and sharp sense of what’s plausible and what’s implausible, and what’s fictitious and what’s not.

“It’s really virtually impossible to write an Australian Research Council grant without lying, and this is the kind of issue they should be looking at,” a third unnamed academic said.” 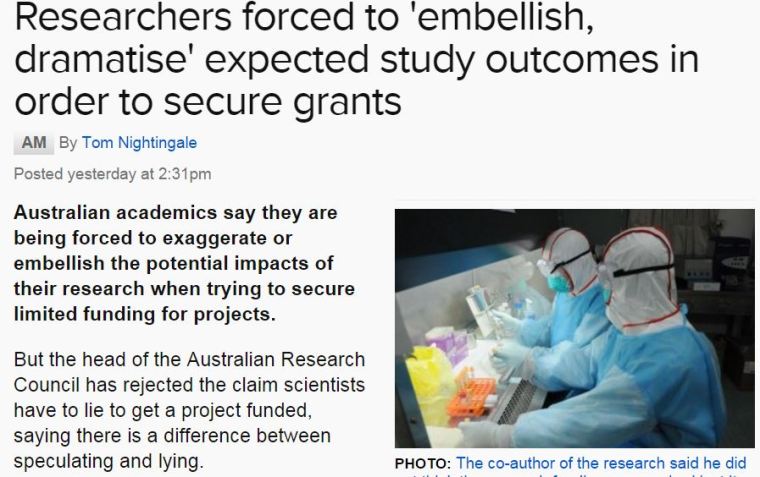