A technique that zaps airborne viruses with a narrow-wavelength band of UV light shows promise for curtailing the person-to-person spread of COVID-19 in indoor public places.

The technology, developed by Columbia University’s Center for Radiological Research, uses lamps that emit continuous, low doses of a particular wavelength of ultraviolent light, known as far-UVC, which can kill viruses and bacteria without harming human skin, eyes and other tissues, as is the problem with conventional UV light.

“Far-UVC light has the potential to be a ‘game changer,’” said David Brenner, professor of radiation biophysics and director of the center. “It can be safely used in occupied public spaces, and it kills pathogens in the air before we can breathe them in.”

Ultraviolet blood irradiation (UBI) was extensively used in the 1940s and 1950s to treat many diseases including septicemia, pneumonia, tuberculosis, arthritis, asthma and even poliomyelitis. The early studies were carried out by several physicians in USA and published in the American Journal of Surgery. However with the development of antibiotics, UBI use declined and it has now been called “the cure that time forgot”. Later studies were mostly performed by Russian workers and in other Eastern countries and the modern view in Western countries is that UBI remains highly controversial

From the Smithsonian Magazine

According to a press release, researchers from the University of Colorado, Boulder’s Earth Lab took a deep dive into the U.S. Forest Service’s Fire Program Analysis-Fire Occurrence Database, analyzing all wildfires recorded between 1992 and 2012. The researchers found that humans caused more than 1.2 million of the 1.5 million blazes in the database.

The cost of those human-induced fires is staggering. The researchers estimate that man-made fires have tripled the average fire season over the past 21 years from 46 days to 154 days. It now costs over $2 billion per year to fight the fires, and that figure does not include the impacts to recreational lands or local economic impact that fires can have.

(My grandma is an environmental scumbag) 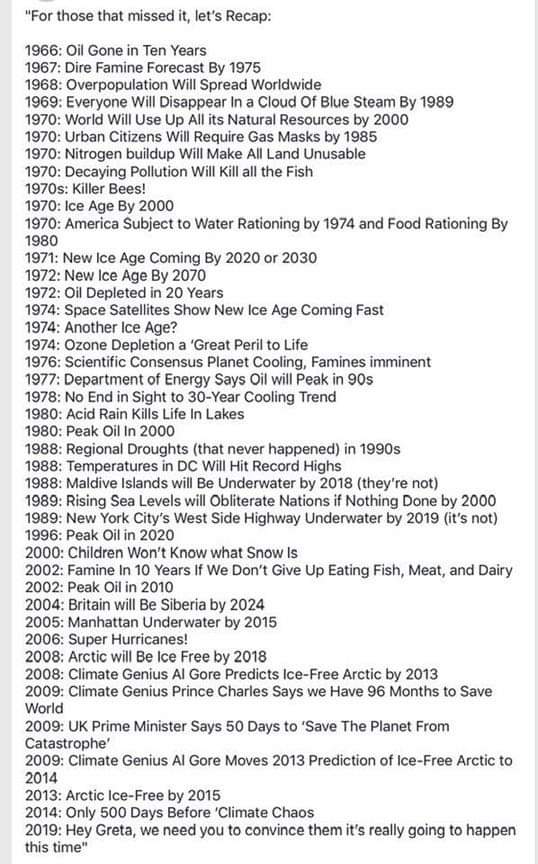 Oh no  … not abundant grass! The poor horses! 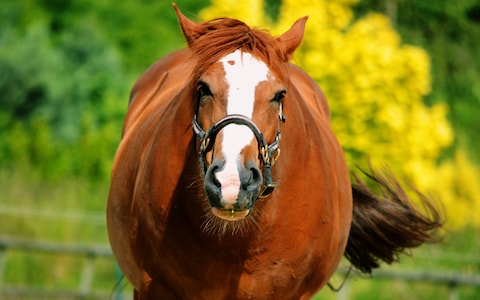 Horses should be moved into bare paddocks, vets have said, because an abundance of grass caused by climate change is making them fat.

Gillies Moffat, director of a veterinary centre in Hythe, Hampshire, said the wetter and warmer climate has meant the animal’s staple food has grown more rapidly than in the past.

The vet warned a “significant” percentage of horses he treats are overweight because of a range of modern “socioeconomic pressures” including climate change.

A  few links I found interesting.

Norway Is a Green Leader. It’s Also Drilling More Oil Wells Than Ever

The UK’s October 2019 sure felt like a chilly one, but now official Met Office temperature data has confirmed it — Central England just experienced a month on par with those of the mid-to-late 1600s.

The last mammoths died on a remote island … Why then did the last woolly mammoths disappear so suddenly? … Another possible factor could have been the spread of humans.

Duh! Humans kill a lot of species … not with CO2 … not with warmth .. just guns and spears and bows etc.

Arguably one of the most reckless ideas, though, is already well underway: burning “forest biomass”—that is, trees—in power plants as a replacement for coal. The problem with this so-called green energy source is that instead of decreasing greenhouse gas emissions, it increases the amount of CO2 coming out of the smokestack compared to fossil fuels, and the climate “benefit” is claimed by simply not counting the emissions.

Now I can close a bunch of browser windows that have been open forever.

De-Energize: Turn the power off because we squandered billions on “green” energy instead of taking care of the electrical grid.

Governor @GavinNewsom has announced new partnerships established to help protect California’s most vulnerable populations with a resource guide outlining resources available for those in de-energization areas.