Beware of environmentalists coming up with brilliant plans to save the world. And fuels with “bio” in front of the name.

… in the mid-2000s, Western nations, led by the United States, began drafting environmental laws that encouraged the use of vegetable oil in fuels — an ambitious move to reduce carbon dioxide and curb global warming. But these laws were drawn up based on an incomplete accounting of the true environmental costs. Despite warnings that the policies could have the opposite of their intended effect, they were implemented anyway, producing what now appears to be a calamity with global consequences.

The tropical rain forests of Indonesia, and in particular the peatland regions of Borneo, have large amounts of carbon trapped within their trees and soil. Slashing and burning the existing forests to make way for oil-palm cultivation had a perverse effect: It released more carbon. A lot more carbon. NASA researchers say the accelerated destruction of Borneo’s forests contributed to the largest single-year global increase in carbon emissions in two millenniums, an explosion that transformed Indonesia into the world’s fourth-largest source of such emissions. 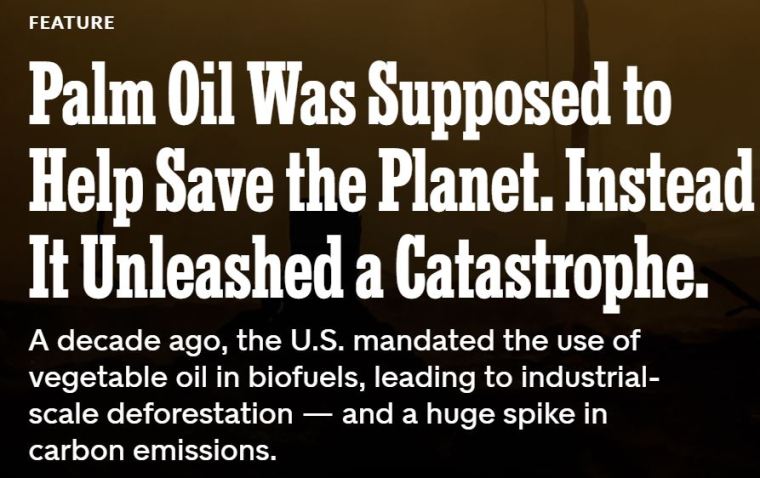