The average temperature had a 7.89F drop in two years.

It was the 27th coldest November in terms of Average Temperature in the USA. (1 would be coldest)

It was the 21st coldest October in terms of Maximum Temperature in the USA. (1 would be coldest)

Why Has CO2 Ignored October? 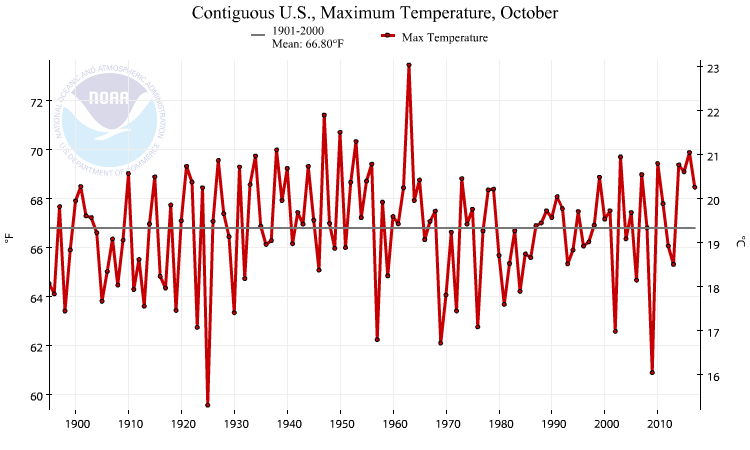 According to the NOAA, California Precipitation for Apr 2016 to Mar 2017 is the 5th highest.

It must be “Global Warming” …. which causes both rain and no rain … 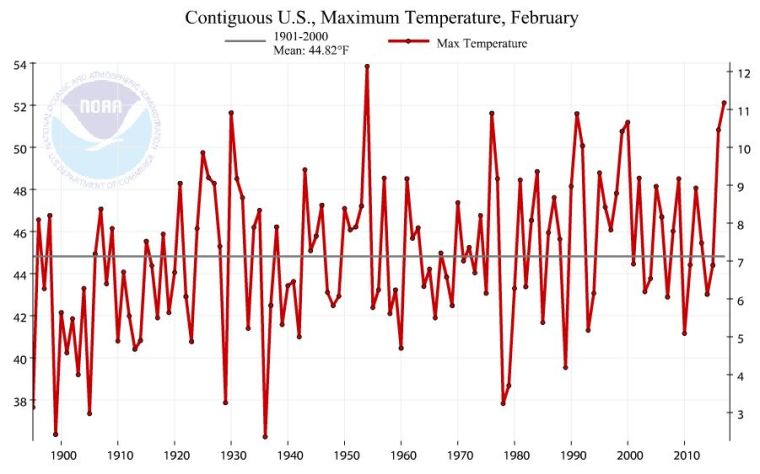 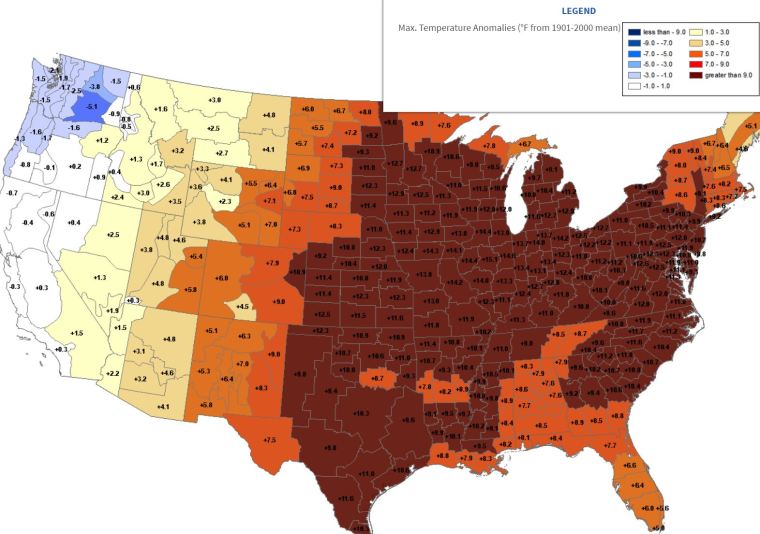 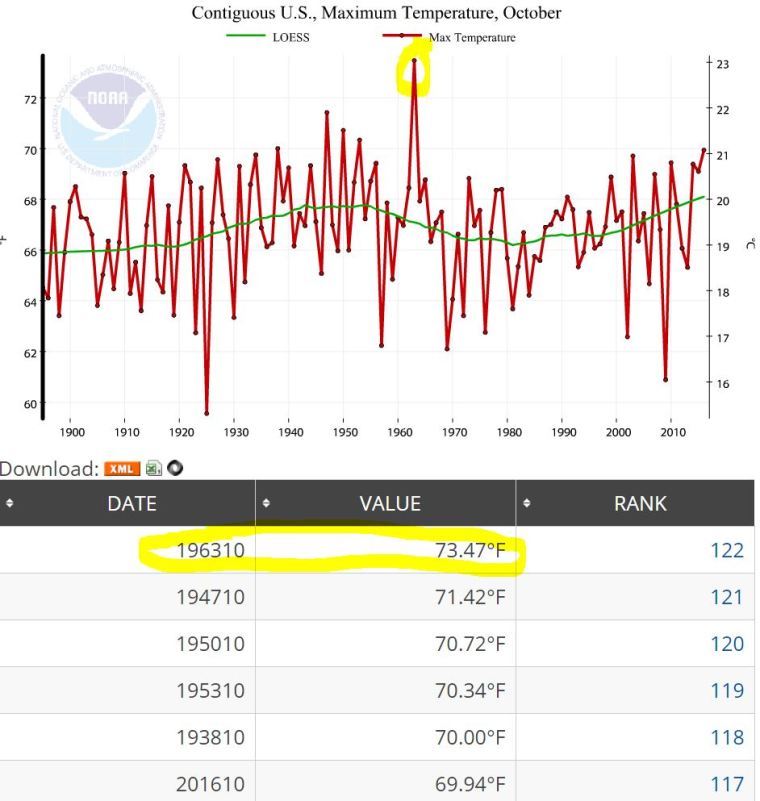 I think CO2 has forsaken September.

Despite the El Nino that supposedly made the earth the “warmest ever”, the NOAA Climate At A Glance pages shows no records for February temperature. 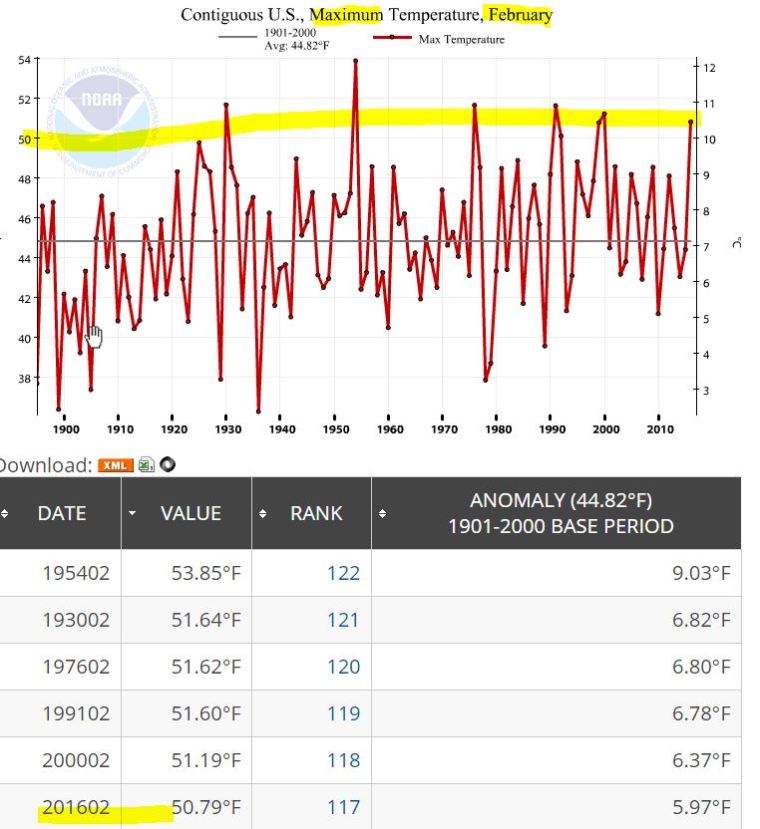 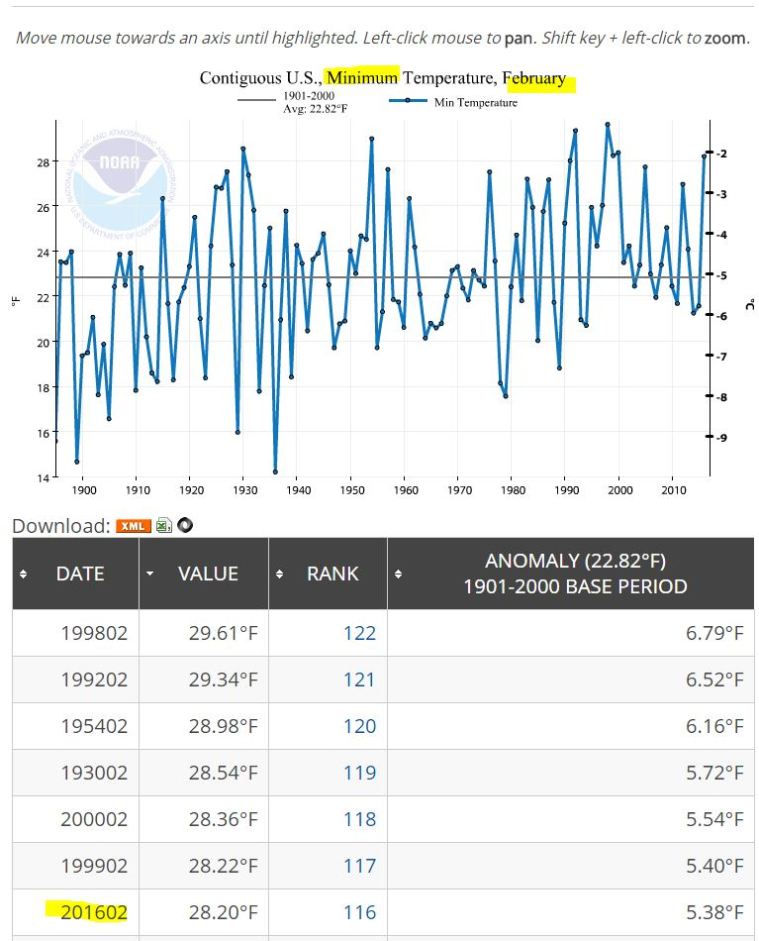 Wow. According to the NOAA December 2015 was 2nd Hottest Max Temperature behind 1939.

The divisional map shows the whole of the eastern US at record level or near record level. 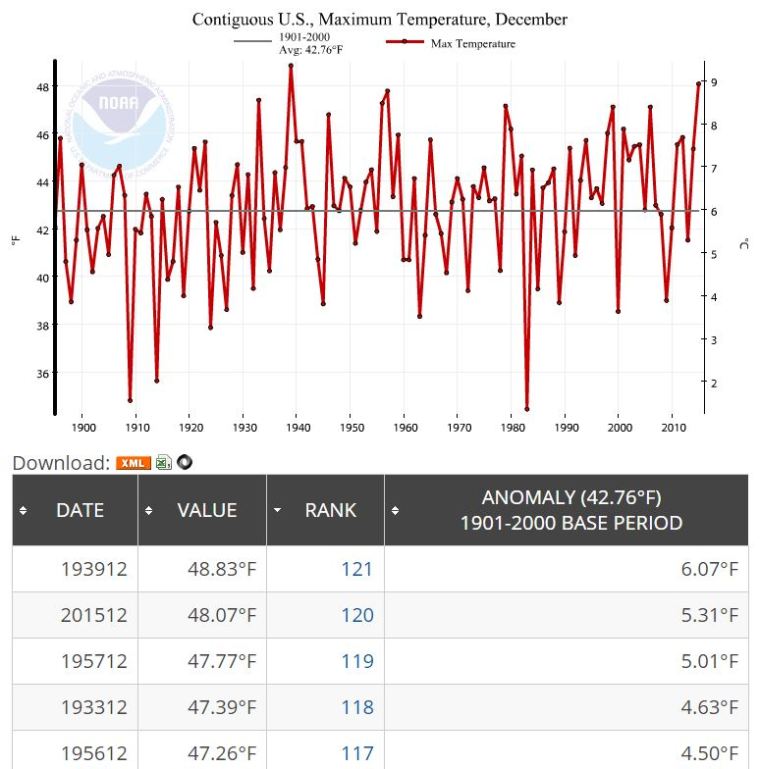 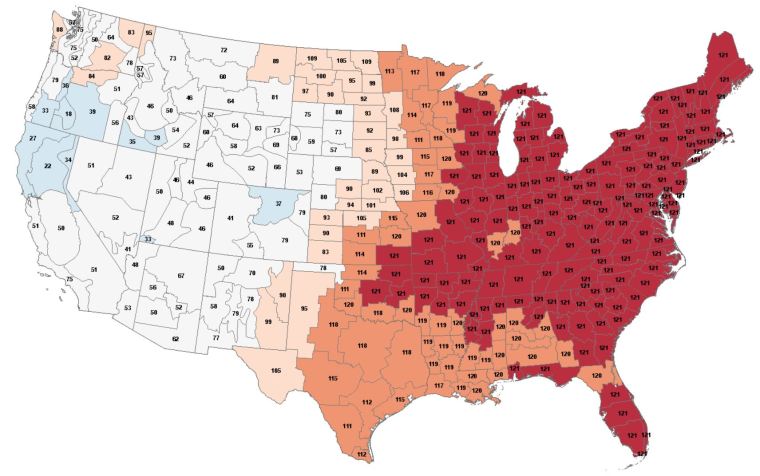