Firefighters were called to the scene around 5 p.m., but West Pubnico fire department Chief Gordon Amiro said there was little firefighters could do to douse the flames.

“We couldn’t get nowhere near because the blades was still turning, so, and pieces was breaking off the blades,” he said. “So if a piece was to fall off, it would go a long ways with the wind and that. So it wasn’t safe to go nowhere near the tower at all.”

No one was injured.

Amiro said when the blades turn, the tips are more than 100 metres up in the air — too high to fight the fire from the ground.

Firefighters stayed at the scene for about an hour to ensure no one got too close.

Amiro said it’s a good thing it was raining and the ground was covered with snow.

“If that would have been August, we’d still be there trying to put wood fire out,” he said Saturday morning. 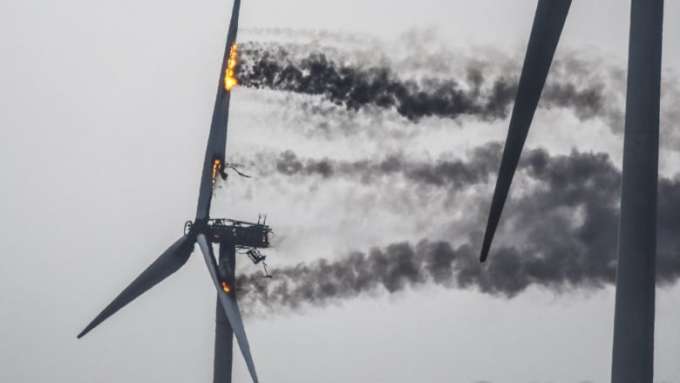 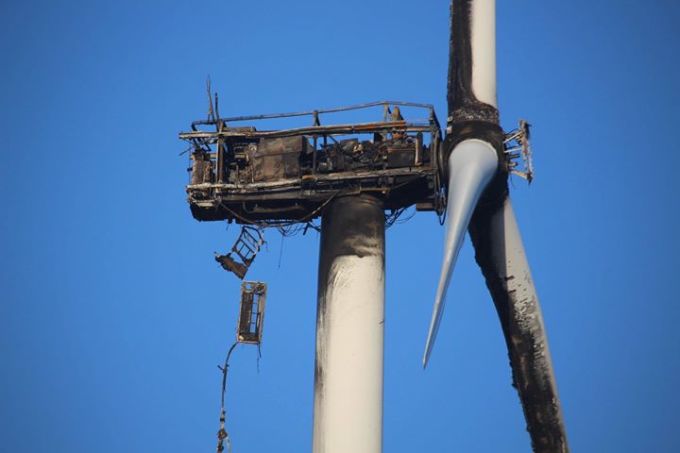 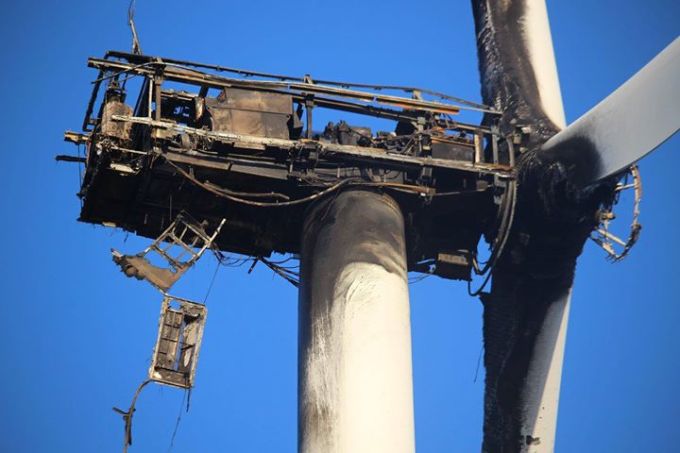 One thought on “BBQ Wind Turbine”