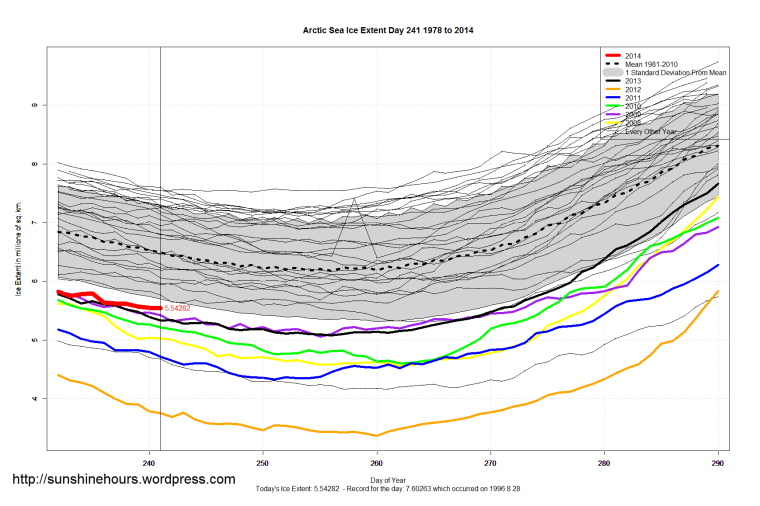 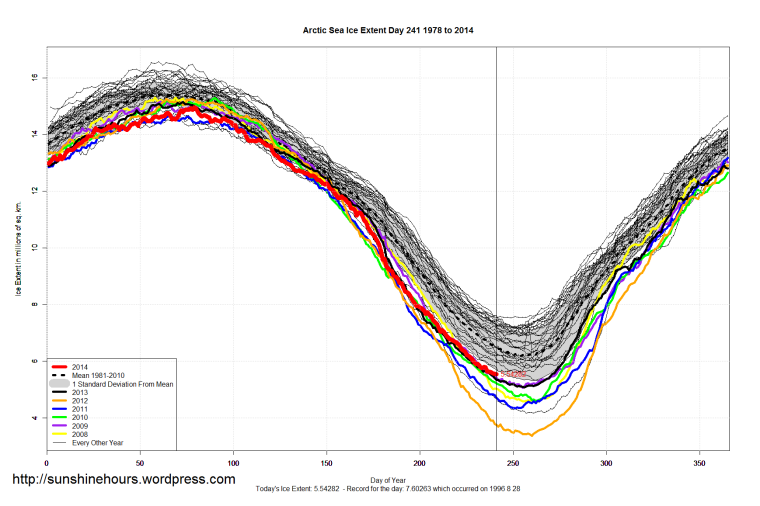 But I’m not making a prediction. 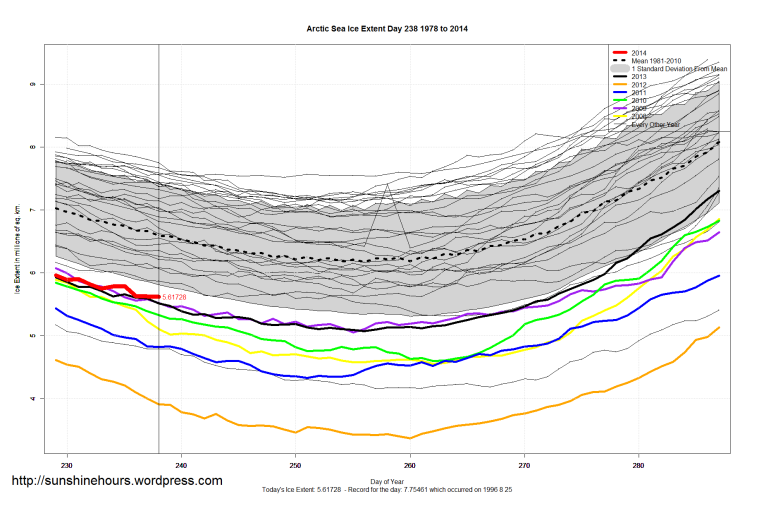 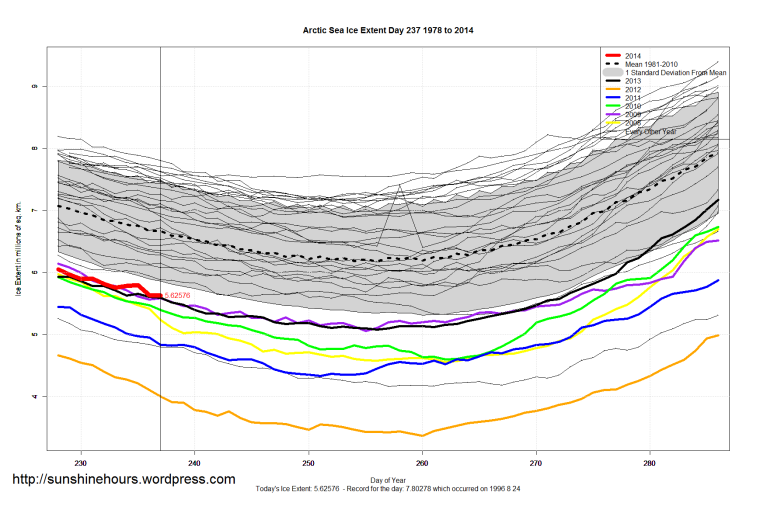 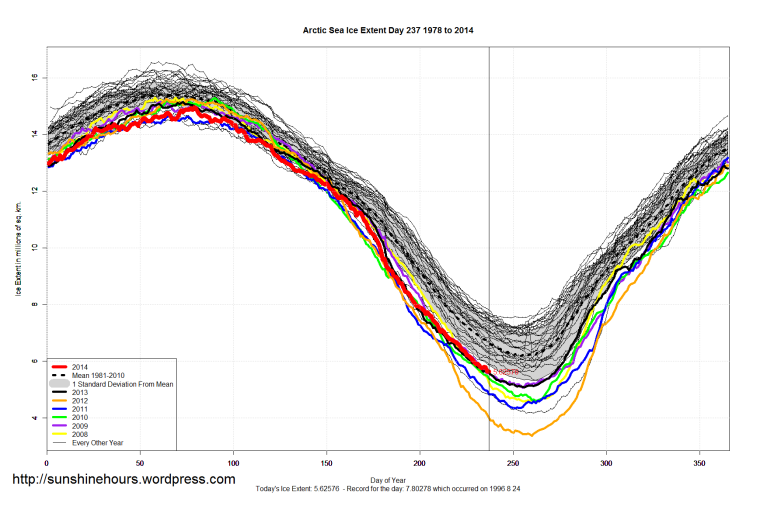 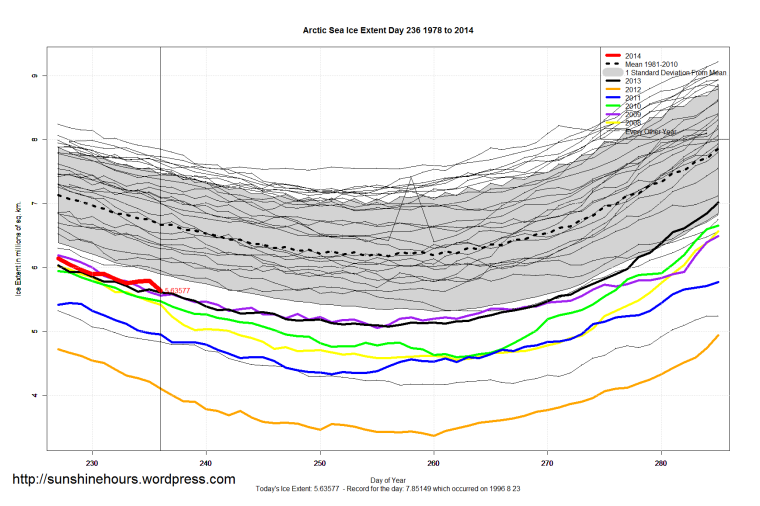 UPDATE: Antarctic and Arctic has been published. MASIE is still one day behind.

There have been no updates to NSIDC/NOAA Antarctic Sea Ice Extent for three days. Arctic Data is late for today. And MASIE did update their data, but it is one day older than it should be.

There have been no updates to NSIDC Sea Ice Extent for two days. Data is usually found here and here.

I am guessing it is because of the recent intense solar flares and activity.

Update: Below I noted that “there could have been one more record”. I was right. A 3rd All-time Record for Antarctic Sea Extent was set.

On October 3rd NSIDC put out a press release on the Arctic/Antarctic Sea Ice.

Let us take a look at the comments on Antarctic  Sea Ice.

And looking at the graph until October 1st (when the shutdown ended the data ) there could have been one more record.

“The September 2013 monthly average was also a record high, at 19.77 million square kilometers (7.63 million square miles) slightly higher than the previous record in 2012.”

One or two scientists claim it is because of the wind. But it could be the AMO and/or ocean temperatures. I think the wind claim is just an excuse.

“In contrast to the sharp downward trend in September Arctic sea ice, Antarctic September sea ice has been increasing at 1.1 percent per decade relative to the 1981 to 2010 average.”

“The rapid loss of ice in the Arctic should be ringing alarm bells for everyone.”