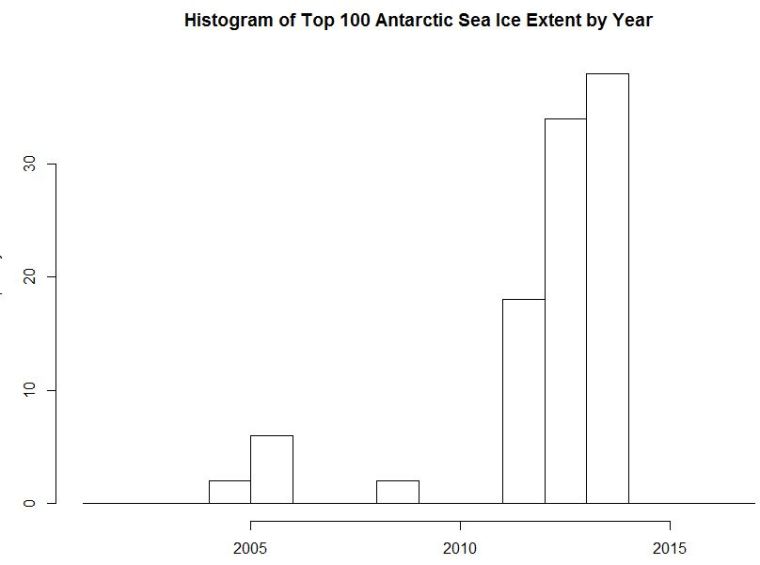 “The robot sub surveys, which were spot-checked by drilling and shipboard tests, suggest Antarctica’s average ice thickness is considerably higher than previous estimates.

‘On average, the thickness of the ice was 4.6 to 18 feet (1.4 to 5.5 m). In the three regions it surveyed, the robot sub found that deformed, thickened ice accounted for at least half of and as much as 76 percent of the total ice volume, the researchers report.” 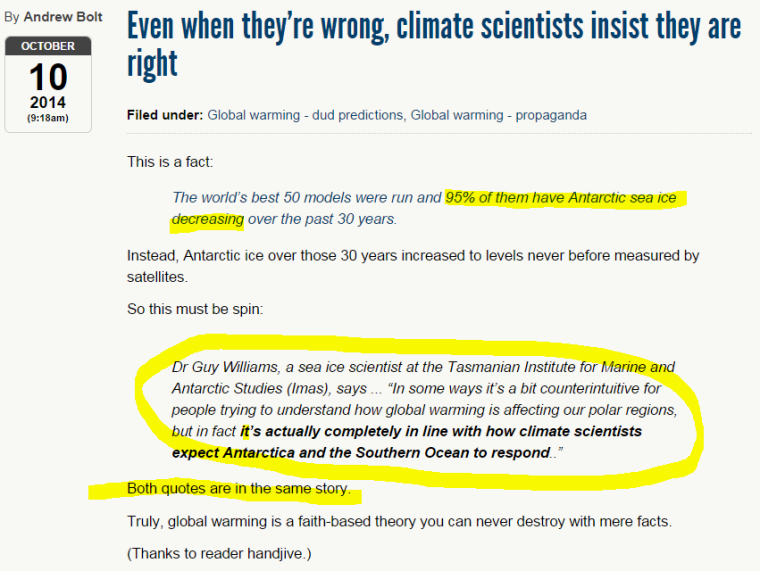 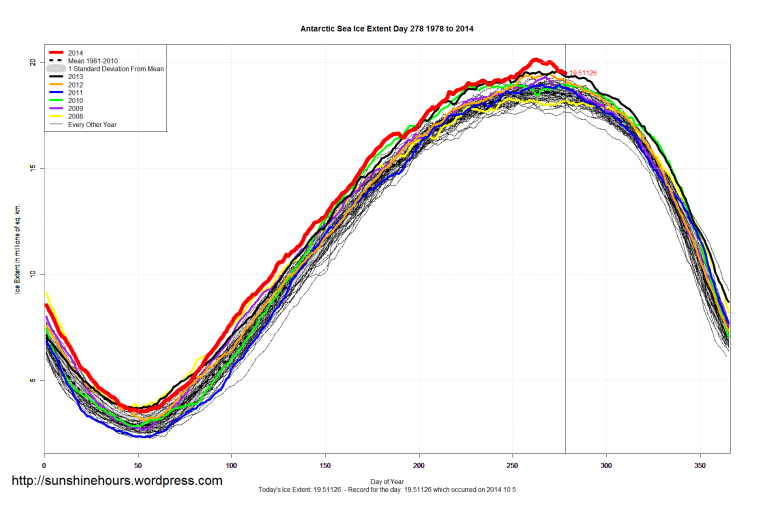 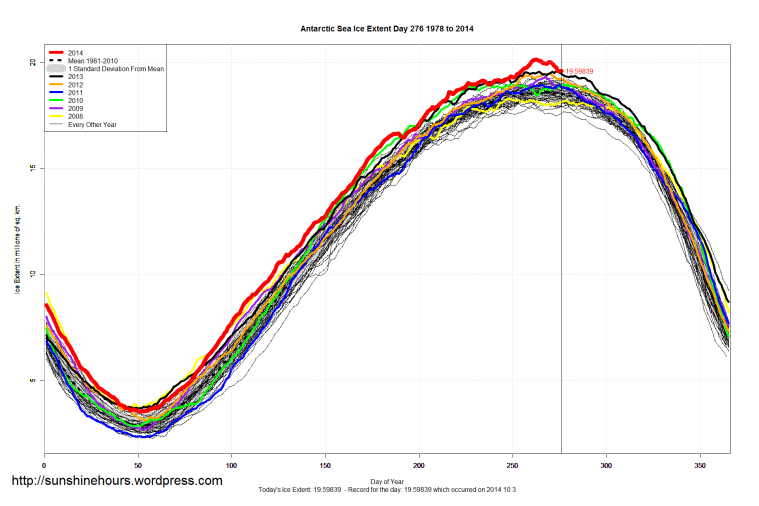 All the maximums for the satellite era. Click for bigger. 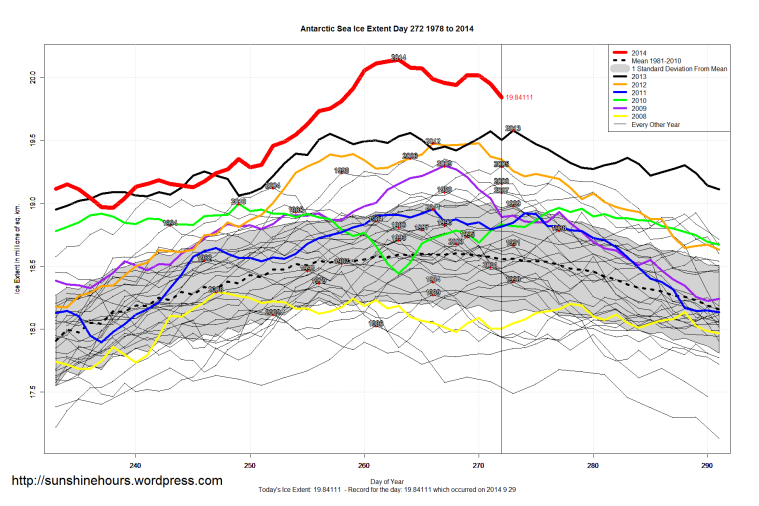 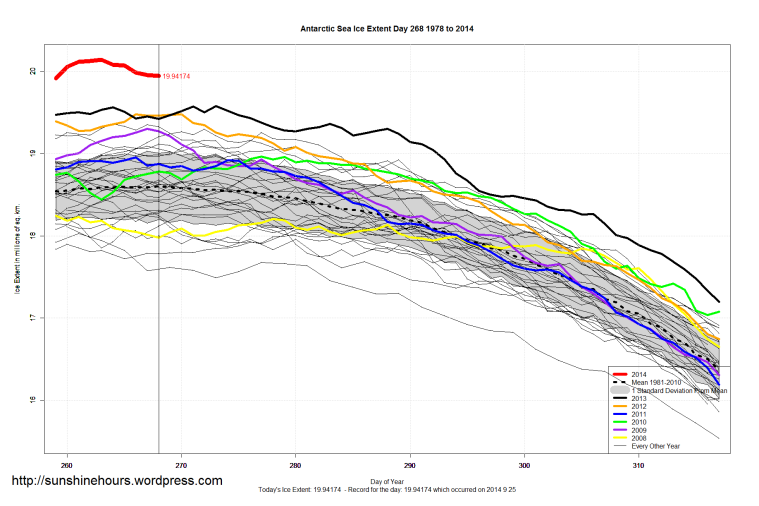