Pipelines for shipping oil in Canada keep getting cancelled or bought up and then pretend to be worked on.

Oil by rail is not as safe as a pipeline.

A pipeline is the safest and cheapest method to move oil; railway is the second cheapest way, he said.

“If you increase the amount of transportation, sooner or later you will have some incidents that will be happening,” Chen said.

Wow. There is no shortage of oil in Texas and New Mexico!

I think it is insane for Canada to be importing foreign oil. Reviving Energy East Pipeline makes sense to me.

FREDERICTON — New Brunswick’s new premier is trying to revive the Energy East pipeline — even though the original proponent says the project is dead.

TransCanada Corporation abandoned the $15.7-billion project more than a year ago, after the National Energy Board modified the environmental assessment process.

But Premier Blaine Higgs, along with some other premiers and federal politicians, are again pushing the proposed pipeline as a way to get more western crude to refineries in Eastern Canada and for export to foreign markets.

Ontario and Quebec have also new elected new premiers this year, and Higgs said he thinks Energy East could be viable.

“The fact that Ontario has said they’re not opposed to oil coming through the province, there’s a hurdle that’s now gone. We know that Manitoba and Saskatchewan are fine and we know Alberta is looking for a way out,” said Higgs.

“We see Alberta now taking a strong position with buying rail cars and saying we’ve got to get our oil to market because they’re losing $80 million a day.”

Higgs said he recognizes Quebec could still be a hurdle and he plans to discuss the project with Premier Francois Legault this week at a first ministers meeting in Montreal.” 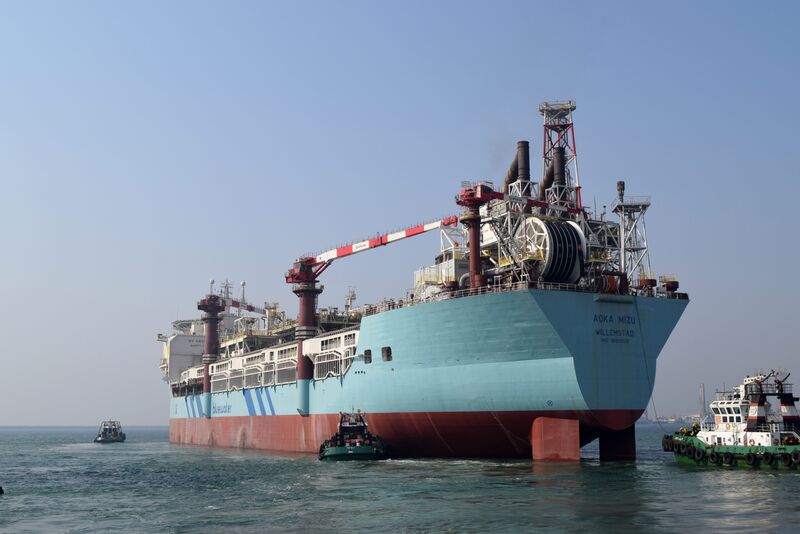 “The article, Ren, X., et al. (2017), “Methane emissions from the Marcellus Shale in southwestern Pennsylvania and northern West Virginia based on airborne measurements,” has been retracted by the authors because of an error in wind measurements used to calculate methane emissions in the southwestern Marcellus Shale region. The error was discovered by the authors in October 2017 upon their installation of an improved, differential GPS, wind measurement system onto the aircraft used in this study. The original wind measurements led to an overestimate of methane emissions from oil and natural gas operations. A reanalysis with corrected winds reduced the total estimated emissions by about a factor of 1.7, with a correspondingly larger reduction in emissions of methane attributed to oil and natural gas in the southwestern Marcellus Shale area. This is expected to reverse a conclusion of the paper, which had asserted that leakage from oil and natural gas extraction in this region results in a climate penalty compared to the use of coal. The authors are in the process of submitting a new manuscript based on an updated analysis that will describe the process to correct the erroneous wind measurements used in the original manuscript, provide a more accurate estimate of the methane emissions, and assess the implications of the fossil fuel production from the Marcellus Shale.”

When some AGW cultists talks about the “cost of carbon”, shove this quote about dung in their face.

Just one shale formation could produce 25% of the UK’s oil. Isn’t this better than financing Russia or Saudi Arabia?

The so-called Gatwick Gusher, a shale basin in the United Kingdom, could add as much as $74 billion to the nation’s economy, a study finds.

“Assuming it can be extracted from a development site at the volumes projected by U.K. Oil & Gas, has the potential to generate significant economic value to the U.K. economy,” the report read.

Oil & Gas U.K., the industry’s lobbying group, said the North Sea oil sector is in for a long period of decline, with less than $1.4 billion in new spending expected in 2016. Inland shale, meanwhile, has the potential to add between $10 billion and $74.6 billion to the British economy in gross value, the commissioned report said.

Operators are working to assess the potential in the shale area by testing the Horse Hill-1 oil discovery. Preliminary estimates made by the company last year put the entire Horse Hill reserve total as high as 100 billion barrels of oil. If its full potential is reached, the future production from the area could provide as much as a quarter of the nation’s total oil demand over its lifespan, based on 2014 demand levels.

There is oil to be moved. Obama has cancelled Keystone XL.  So Warren Buffet and his railway the BNSF (and other railways) are stepping up and building thousands of miles of new track.

“WATERTOWN — A Canadian Pacific train, with some cars carrying crude oil, derailed in Watertown on Sunday afternoon, November 8th — and dozens of homes were evacuated. Evacuated residents got word Sunday night that they would NOT be allowed back in their homes.”

Last week, under pressure from companies including Buffett’s BNSF Railway Co, which has spent more money lobbying Congress this year than any other railroad, U.S. legislators passed, and President Obama signed, a law that delays the so-called positive train control mandate for at least three years, with the possibility of an additional two-year delay.

That means railroad operators can put off having to buy and install equipment that safety advocates say would have prevented accidents that have claimed more than 245 lives and caused over 4,200 injuries since the National Transportation Safety Board began calling for the technology in 1969.”

There is oil to be moved. Obama and company keeps delaying approval of the Keystone XL.  So Warren Buffet and his railway the BNSF (and other railways) are stepping up and building thousands of miles of new track.

BNSF will make the following investments:

-$162 million to double track the rail line from Minot, N.D., to Glasgow, Mont., to help address major congestion issues for westbound traffic to destinations in the Pacific Northwest.

-$13 million to add sub sidings and an interchange track to address congestion from Canada to the U.S.

The company also recently issued a request for proposal to major rail-car manufacturers to submit bids for the construction of 5,000 next-generation tank cars used to move crude oil.