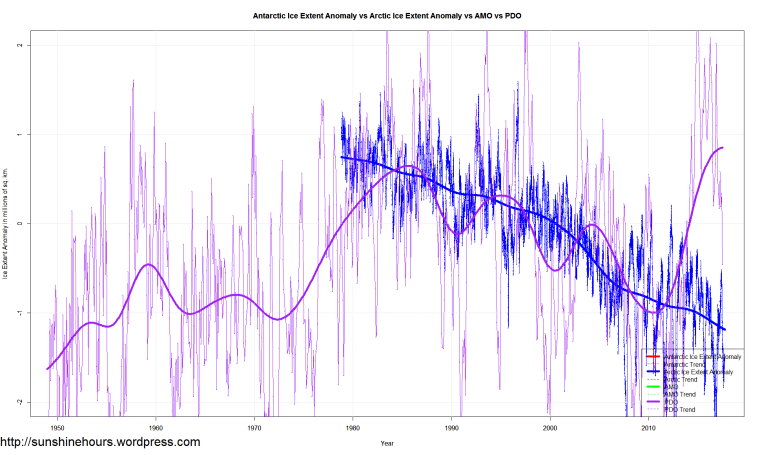 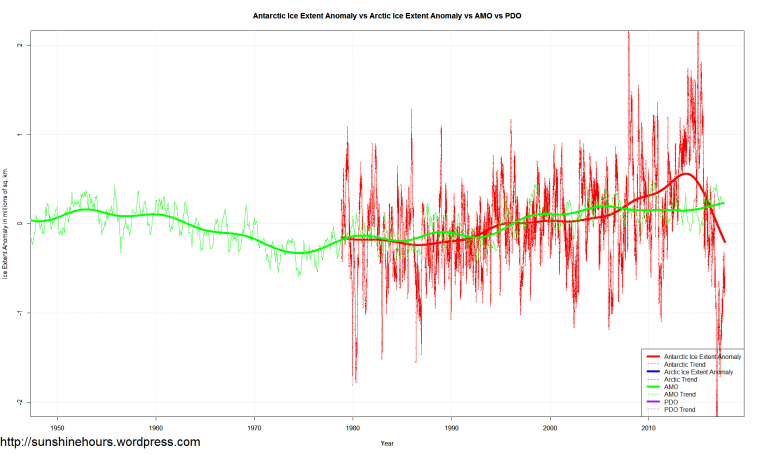 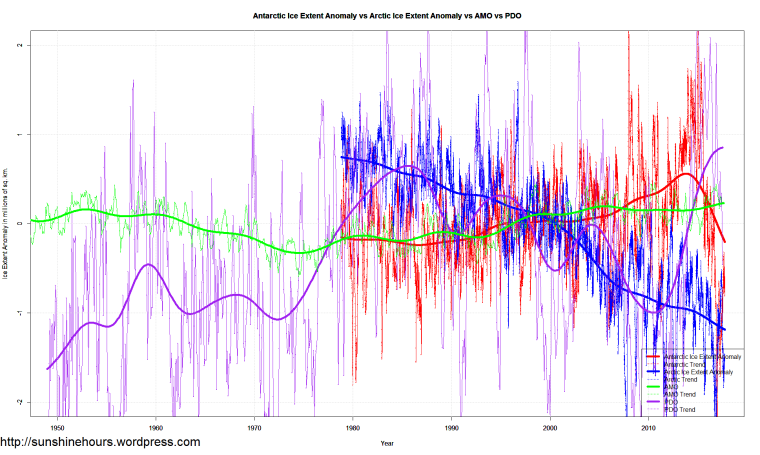 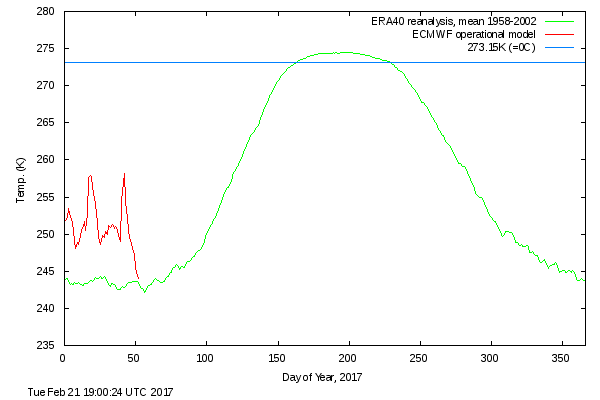 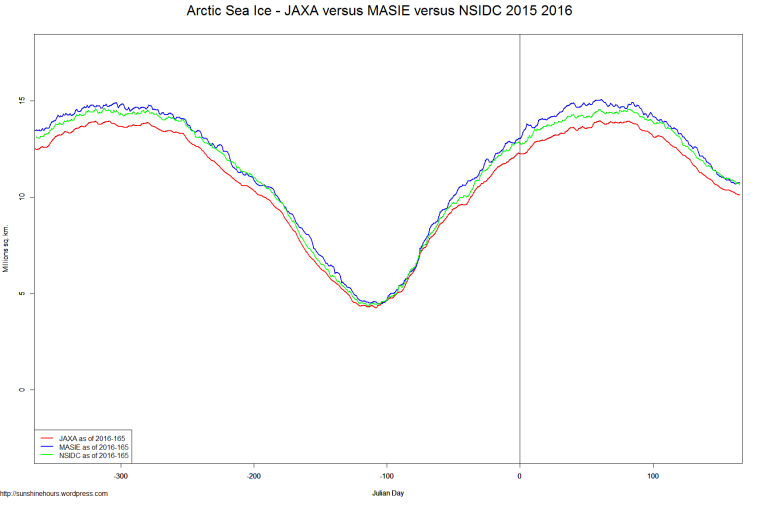 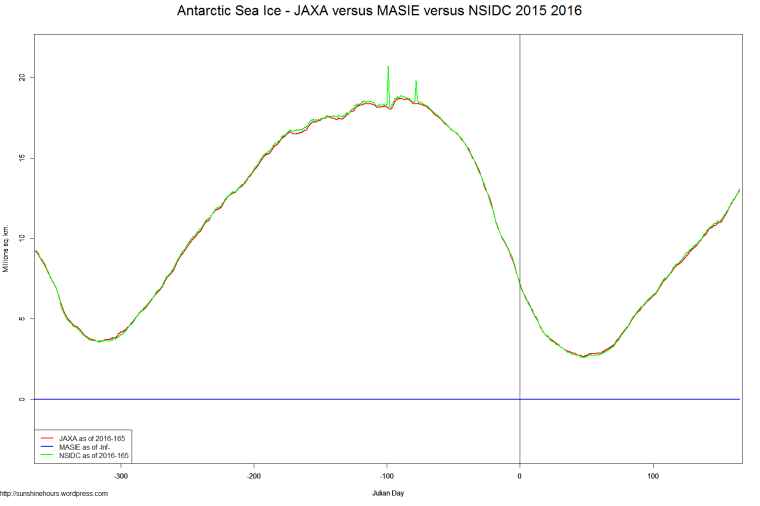 2012 was the lowest minimum sea ice according to most sea ice extent charts. 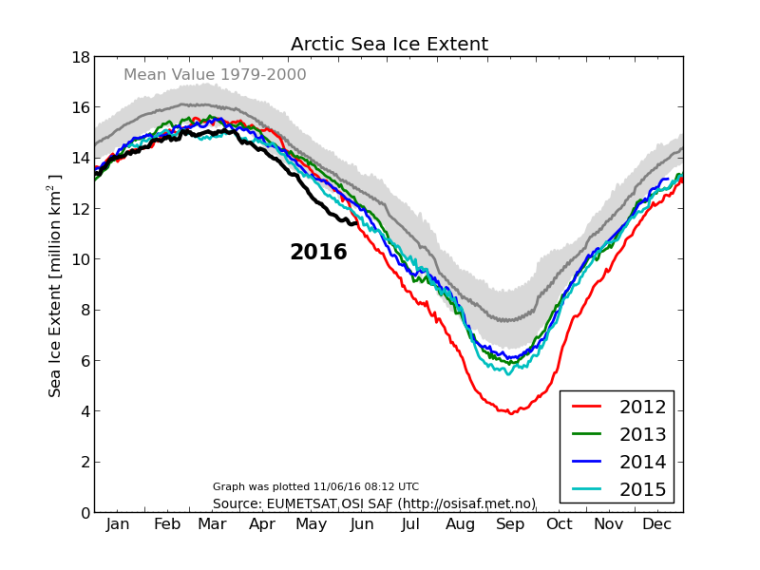 I was reading this article on Greenland melting. And then I read this:

Meier is (I assume) Walt Meier of the NSIDC.

Ok … so the satellite that was producing spurious massive jumps in Arctic/Antarctic Sea Ice is being used to confirm the melting of Greenland despite being told the satellite is broken.

On Monday and Tuesday, about 12 per cent of the ice sheet surface area — 656,000 square miles or 1.7 million square kilometers — showed signs of melting ice, according to Peter Langen, a climate scientist at the Danish Meteorological Institute.

This is the DMI graph of the arctic sea ice extent using data from the same satellite … I think. 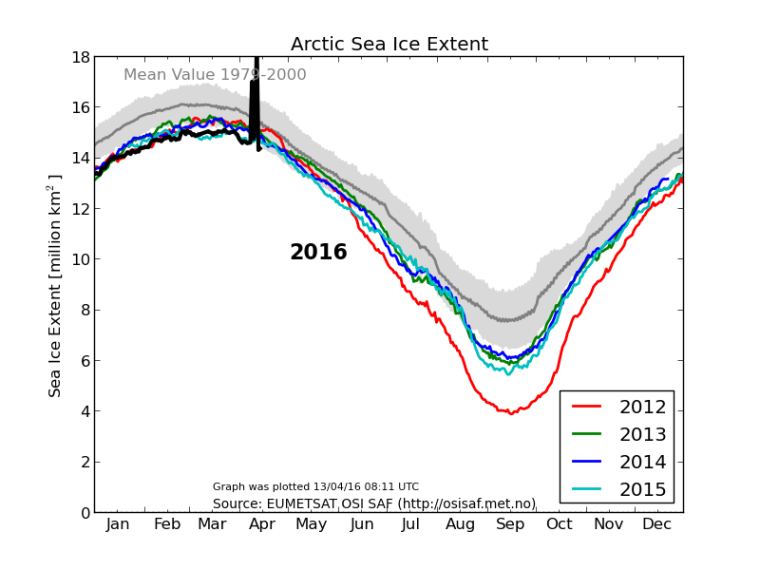 I’ve added the 2008 Highest Minimum point to this graph. Data is here. Click for bigger. 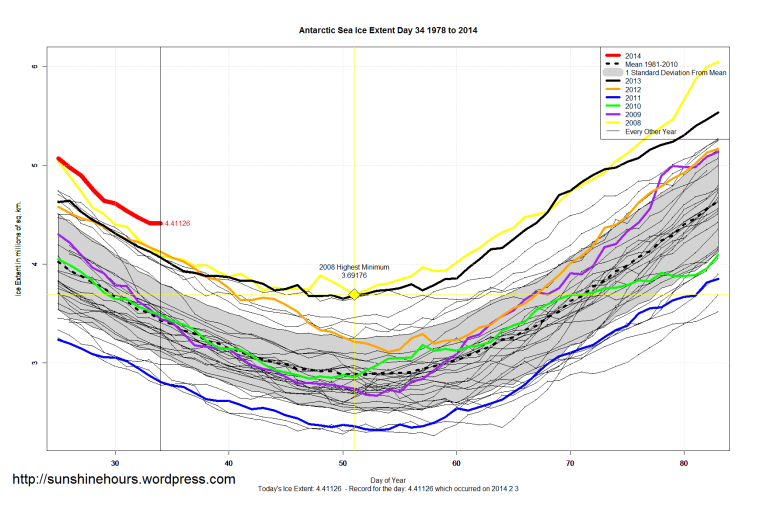 After declaring Antarctic had the 2nd highest minimum of all time I thought I should graph the trend.

Wow. At this rate Antarctic Sea Ice minimum will just keep growing and growing until you can’t get near Antarctica by ship at all! (probably not but it is fun to claim). 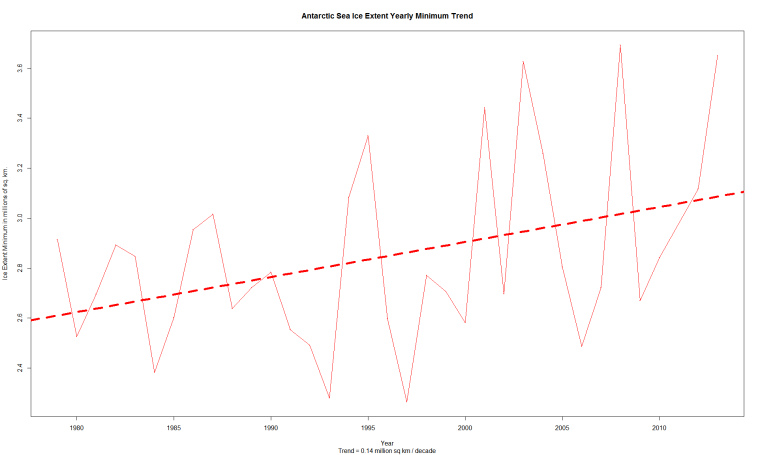